One of the things I am asked to do on a fairly regular basis is to explain how specifically I coach people, whether on the radio or through my coaching intensives or small group retreats. Sometimes the context is someone who is interested in being coached in this way; sometimes it is someone who is interested in being trained to coach in this way. Much of the time, I suspect it’s just active curiosity into how much more wonderful life can get.

Now I know that sounds grandiose, but I’ve seen it happen so many times that I no longer shy away from saying it. When people see something fundamental about the nature of their experience, their experience shifts. As I’ve written elsewhere, “nothing changes, but everything’s different.” And then, as a result of that difference, everything begins to change, seemingly without effort and “all by itself”.

How does this transformation actually take place?

Well, there are two elements that seem to me to always be present in any genuinely transformative conversation:

One of the most impactful transformative coaching relationships I’ve ever had was with former Buddhist monk and professor of comparative Buddhism named Peter Fenner.

The moment that stands out for me above all others during the 18 months or so that we worked together came the very first time we spoke. About 30 seconds before the phone rang, I dropped in to one of the deepest and most beautiful feelings I can remember. This feeling persisted throughout our conversation.

Describing what exactly that feeling is has been both the inspiration and occasional bane of every spiritual teacher throughout the ages. I imagine it’s like trying to describe a sunset to a blind person – you can be accurate down to the tiniest detail, but no matter how close you get it’s a million miles away from the real thing.

Over the years, I’ve heard it called everything from “the unconditioned mind” to “nirvana” to “innate mental health” and “innate well-being”. And I’ve discovered that like most things worth having, it seems to run away the moment you begin chasing it.

It’s not that it really goes anywhere. It’s just that when the thoughts in our head get revved up, they seem so much more important and real than something as “trivial” as a deeper feeling. This has been true in my own life to the point that at times when I was out of touch with it, I chalked all my experiences of this deeper feeling up to my imagination and self-delusion. Yet in the very moment I drop back into it, I know the exact opposite to be true. My thoughts are clearly the impostors, creating the illusion of reality all around me while the truth is right here inside.

So in the transformative conversation, we slow things down enough to begin to notice that this world of deeper feeling is always available to us in every moment. It becomes both our companion and our guide, keeping us warm in the midst of cold circumstances, lending fire to our own inspiration, and letting us know when we’re off or on track by its absence or presence.

The second thing that all truly transformative conversations seem to have in common is that they point us away from outside-in explanations for our experience of life and towards a deeper understanding of how the mind really works.

By way of example, I had a conversation with a client this week who’s going through a difficult divorce. When I asked her how it was all unfolding, she said that things had been “very up and down”. I then asked her what she made of the fact that her experience was fluctuating so much more quickly than her circumstances were changing.

This led us into a beautiful exploration of how experience always follows thought, regardless of what’s going on around us. And as almost always inevitably happens, she then had insights into what was going on that left her feeling much stronger and more capable than before. She expressed her gratitude for all the things in her life that were still wonderful, including her relationships with her children and her relative state of well-being considering everything she was going through.

Because she was able to see that her experience was being created from the inside-out, she was immediately less frightened of what might happen next, which gave her immediate access to the resources and common sense we all have to guide us when we’re on our game.

Will she lose her bearings again and have more “up and down” weeks? Only if she’s human (which she repeatedly assures me that she is). But each time it happens it will be easier for her to see that all that’s going on is some insecure thinking, and that the moment it passes, what to do (if there is anything to be done) will once again become clear.

And this is the gift of a deeper understanding. It allows us, as my mentor George Pransky says, “to be more grateful for our highs and more graceful with our lows”. It frees us from the feeling of having to control our experience, to avoid anything we don’t want to have happen or to never feel down again. With that freedom comes so much energy and lightness that we reconnect to the world of deeper feelings. And life once again feels like the gift it was always meant to be…

One of the things I am asked to do on a fairly regular basis is to explain how specifically I coach people, whether on the radio or through my one year coaching programs… 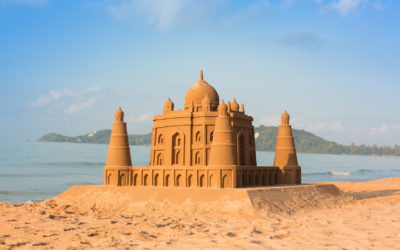