1. Putting in the hours

When my daughter Maisy won first place in a dance competition earlier this year and the scholarship and meeting with an agent that came with it, my first thought was, somewhat wryly, “who knew that putting in 4 – 6 hours a day six days a week for years would pay off?”

While I am obviously immensely proud of her natural ability (inherited, I am obliged to point out, from her mother), I know that unnurtured talent and a $5 bill will get you a grande latte at Starbucks and very little else. I also know that putting in the hours doesn’t always pay off – otherwise everyone who works long enough and hard enough would play for their favorite sports team, win Olympic gold, run a successful company, and change the world.

But the opposite IS true – nobody who doesn’t put in the hours succeeds at anything of note in any significant way.

There are many ways of defining “grace” but perhaps my favorite in the context of creating is “unearned rewards”. Grace is the inspired solution that arrives unbidden in the middle of the night, the celebrity you’ve never met who tweets about how great your product is to their millions of fans, the person you bump into in a coffee shop or at a party who is the exact perfect person to help you move your project forward.

Some people think of it in terms of synchronicity, others as luck, still others as a gift from God or the gods.

In Creating the Impossible, I write about it like this:

If you take a fresh look at it, you’ll see that a remarkable amount of success in the world comes down to people staying in the game long enough to ‘get lucky’. Fortunately, the emergence of luck, grace, and synchronicity is a predictable part of the process.

You can rest assured that when you show up to your life and start moving in a direction, the creative potential of the deeper Mind will show up with you. And you can have equal faith in the fact that if you keep moving in the direction of your goals and dreams, fresh possibilities and previously unseen opportunities will begin to emerge.

Here’s a simple rule of thumb:

As you begin moving in the direction of your dreams, the emergence of fresh new thinking and unexpected synchronicities (i.e. ‘luck’) is 100 percent reliable and 98 percent unpredictable.

Whether your missing ingredient is more hours than grace or vice-versa can be difficult to self-diagnose. My guideline (based on purely experiential and anecdotal evidence) is that if you think that you’re lazy and just need to work harder you’re probably already a workaholic; if you think you think you just need to “let go and let God”, you probably need to get off the sofa, put in more hours, and engage more fully with the task at hand.

Either way, if you’re not creating the results you want to see in the world, chances are you’re suffering from a deficit in at least one of these two areas.

So what’s the solution?

To get more out of anything we do, we first need to put more of ourselves into it. What both makes us better at whatever it is we do and invites in more grace, luck and synchronicity is to participate fully, express ourselves fully, and give ourselves over to it more.

As long you’re debating whether or not you should be doing what you’re doing, more than half of your energy is lost in that internal conversation. You get so preoccupied with questioning what you’re up to that there’s no space left for fresh ideas and innovation around it to emerge. It’s like driving a car with a twelve cylinder engine but two cylinders firing – everything feels like an uphill climb.

By way of contrast, once you throw yourself in to something, all of that mental chatter drops out of your head and off the table. You’re free be inspired about what’s in front of you and what’s next. That’s when the game really changes, because everything starts to get easier. Like driving a car with a big engine firing on all cylinders, once you’re all in on any endeavor, even climbing the steepest hills feels well within your capacity.

In this sense, creating significant results is neither about working harder nor about working smarter. It’s about showing up to any project fully committed and completely open. There’s just this connection to an intuitive creative collective unconscious that begins to emerge. I can’t tell you exactly what that is, but I can tell you that it’s always available. Because while ideas and opportunities rarely unfold the way you think they’re going to, they do unfold. And when you know that each time you go to the creative unknown the new ideas will come, that one thing is worth its weight in gold.

Here are a few questions to contemplate as you consider the results you most want to create in the world:

May all your success be fun!

PS – For a fun interview where I talk with Supercoach Academy graduate Caroline Frenette about these two ingredients as “effort and grace”, click here.

When my daughter Maisy won first place in a dance competition and the scholarship and meeting with an agent that came with it, my first thought was: Who knew that putting in four to six hours a day six days a week for years would pay off?.. 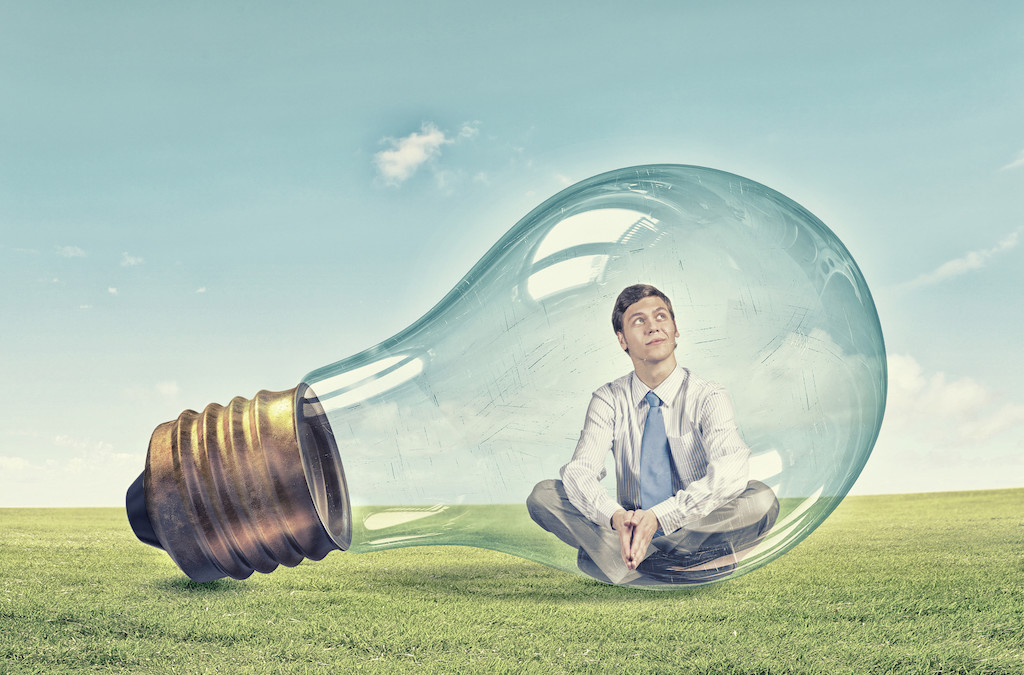