While driving home from the beach a few months back, my daughter asked me a question that took me by surprise.

“Dad,” she began, “do you think we live in a simulation?”

When I asked her what she meant, she said that a number of her friends were discussing something called “the Simulation Hypothesis” and that Elon Musk had expressed that “it’s pretty much a lock we’re living inside some kind of a cosmic hard drive”.

While my references for such ideas tend to come from movies like The Truman Show and The Matrix trilogy, I was fascinated to go online and see hours of video debates, conspiracy theories, and scholarly articles making the case for why we do (or don’t) live inside of a complex multi-sensory artificially created reality.

Perhaps my favorite headline was from Fast Company magazine, which concluded:

We are not living in a simulation. Probably.

While at first I dismissed the whole notion as part of the mostly charming naiveté of children and paranoids, I realized on reflection that in many ways, I’ve been teaching people that we live in a simulation for more than a decade.

At the heart of the inside-out understanding is the notion that we do not live in a direct experience of an external reality, but rather in a kind of “virtual reality” that is being created by the mind via three universal principles and experienced in the body via the five senses.

Here’s a brief description of the three principles in relation to this idea:

In fact, the only thing missing from how I understand reality to most of what I’ve seen in the Simulation Hypothesis is my lack of attribution of the simulation to an evil (or benevolent) genius, superior race of beings, or “Skynet” style computer network manipulating the game for their own benefit and amusement.

In other words, it just seems to me this is how it works, and attributing its workings to any particular “why” is beyond the current scope of my enquiries (and possibly beyond my ken as a participant in the simulation).

Now personally, I have always had a somewhat practical bent to my own explorations. I’m less interested in abstract theories of what life is and where it comes from than in how understanding it more deeply allows us to live more richly. And knowing at some level that we’re living inside a simulated reality brings with it a far greater sense of freedom and fascination than most of us tend to experience in our daily lives.

Even though I’m yet to be able to leap tall buildings, battle robots, or dodge bullets like Neo in the Matrix, being cognizant of the possibility that reality is a lot more fluid than we think it is creates a different relationship with the world around us. Instead of having to take everything we see and think as gospel, we can spend more time in the stillness of the unknown and play more fully in the fertile void of creation. 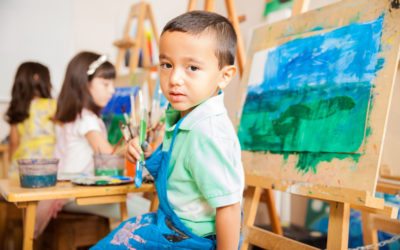