(Michael is away on holiday, so this week’s tip is from the archives. You can access over 700 of Michael’s tips as a member of the Solutions Cafe!)

If learning is the key to success, than accelerating your learning will accelerate your journey to personal and professional success.  Here are five of my favourite “mini-tips” -fun(da)mental assumptions for making learning how to succeed fast, easy, and fun…

1. All learning is state-dependent
The ability to enter and lock-in to empowered states is the key to effective learning.  We all know people (yes, you!) behave differently when they are happy than when they are miserable.  What we sometimes forget is that our mood also has a powerful effect on our ability to recall and make use of what we already know.

Mini-Experiment:
The next time you’re mad at someone (partner, friend, colleague, etc.), take note of the number of happy memories you can conjure up of good times you’ve spent together.  Then, the next time you’re feeling great, try again and notice the difference.

When you can begin to remember that the reason people around you seem utterly incompetent/rude/unloving is as much a function of your mood as it is a genuine measure of their competence/politesse/love, you’ll find a greater balance in your relationships almost immediately.

2. There are no stupid people, only stupid states
If our mood determines which bits of our brain we can access, and therefore how “smart” we are in any given moment, then learning to choose your mood (emotional state) is perhaps the critical skill for effective self-management.

Mini-experiment:
Think of a subject that invariably makes you feel stupid or incompetent (or for all you positive thinkers out there, “less than optimally resourceful” 🙂 Resolve that from now on, you will only approach that subject when you are feeling resource-full (confident, loving, playful, laughing, etc.)

(As an example, I learned to drive in England while listening to old Goon Show comedy tapes; I have a friend who overcame her maths phobia by only studying algebra while eating chocolate!)

3. Failure is a prerequisite for success

“If people learned to walk and talk the way they’re taught to read and write,
everybody would limp and stutter.”
-Mark Twain

Mini-experiment:
Fear of failure is a potent de-motivator, but it loses its power over us if we lessen its emotional “charge”. This week, choose an area of your life where you’re having difficulty and “fail” at least ten times.  You’ll have to define failure for yourself – if you’re in sales this might mean collecting at least ten rejections; if you’re learning to ride a bike, make sure you fall off at least ten times.

Once you realise that failure is not an end, but rather an occasionally frustrating stepping stone, it loses its negative charge and becomes an essential companion on your journey to happiness, success, and well-being.

4. The map is not the territory

“One of life’s most fulfilling moments occurs in that split second when the familiar is suddenly transformed into the dazzling aura of the profoundly new.”
-Edward B. Lindaman

If you’ve ever ordered something in a restaurant that sounded great on the menu but tasted nothing like its description, you already understand that we do not perceive reality directly. We make re-presentations, or “maps” of reality in our mind, (mmm…yum….hot fudge sundae, anyone?) and then we act and operate based on those maps.

What’s the difference between walking a 2′ wide iron girder on the ground and 500 feet in the sky? The difference is in you – what you focus on and how you use your body while you’re on it. Because almost all of our limitations are to be found in our mental maps, not in the “territory” they describe, profound change can often happen in an instant, and problems dis-solve long before they could ever have been solved by conventional thinking.

Mini-experiment (based on Nancy Kline’s Time to Think):

“The human mind works best when it can hear itself.”
-Nancy Kline

a. Choose an outcome – something you would like to achieve, be, do, or have

ex. This is too hard for me, I’m not very good with computers, I’m too stupid to do this, etc.

c. What, for you, is the positive opposite of your most significant assumption?

ex. If your limiting assumption is “I’m too stupid to do this”, the positive opposite could be “I’m smart enough to do this”, “I can handle this easily”, “I can learn how to do anything”,or whatever it is for you.

d. Ask yourself the following “incisive question”:
“If I knew for a fact that (opposite of limiting assumption) was true, what would I do to achieve (your outcome)?”

ex. If I knew for a fact that I can learn how to do anything, what would I do to learn how to build a website?

e. Continue to ask and answer your incisive question until you have exhausted the possibilities.  Then ask three more times!

ex. If I knew for a fact that I can learn how to do anything, I would ask my friend John for a tutorial, I would check out websites I like and e-mail them for advice, I would be patient with myself, etc.)

5. Over time, the map becomes the territory

“Reality checks will no longer be accepted due to insufficient funds.”

Unlike road maps, which must accurately reflect the territory they describe in order to be of use, mental maps actually re-create the territory they describe.  Since our beliefs and assumptions invariably act as self-fulfilling prophecies, we do not need to believe in what “is”, but rather in what it is we would like to create.  This is one of the core tenets of Hawaiian Shamanism – that we can change our experience of the world (and ultimately the world itself) by changing our assumptions about the world.

Have fun, learn heaps, and if you knew for a fact that the map is not the territory, but that over time, it becomes the territory, what would you do to live the life of your dreams?

There are only three variables that make the difference between success and failure in any learning project. Join Michael live for insights into accelerating your learning curve and get coaching on having what you want and thriving in every area of your life! 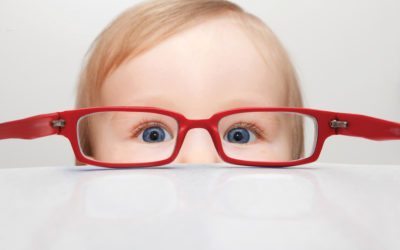 When I first began coaching in the early 1990’s, I nicknamed human beings as “learning monsters”, because of what seemed to me to be an innate and ferocious desire to learn that begins almost immediately after birth. First, we discover our voice

In last week’s tip, we explored the first two keys to creating optimal performance and results:… 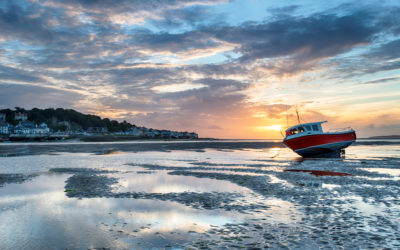