Recently, I came across a list of the original rules to the game of “Basket Ball”, as made up (i.e. “created”) by James Naismith on the morning of the very first game:

There are a few things that are particularly interesting to me about these rules:

When it comes to the game of life, one of the most confusing things is figuring out which rules are created (i.e.”made up”) and which are a part of the “house rules” – that is, they will be enforced whether anyone catches you breaking them or not.

As we come to the end of another year, I thought now would be a fun time to explore the difference between these two kinds of rules. Let’s begin today by concentrating on getting a better understanding of a few of the “house rules”; next week (next year!) we’ll pick up with a look at how we create many of our difficulties in life and how we can un-create them going forward.  We’ll also consider how instead of resolutely resolving to play better by the current rules of the game, we might want to make up some new rules instead…

House Rule number one:
What is, is; what isn’t, isn’t

I sometimes call this the “no suffering” rule, because breaking it almost always engenders suffering.  The moment I try to make the case that things shouldn’t be how they are (or should be how they aren’t), I begin to suffer.  As an interesting side note, the sooner I accept that things are the way they are, the easier it is for me to change them.

Here’s a corollary to the “no suffering” rule:

This week, I received an email from someone who’s understanding of this house rule is making a very concrete difference in her life…

While most of us don’t have to deal with quite so much “real life” at any given time, you can probably find areas in your life where you are frustrating yourself by trying to control some aspect of life that isn’t up or down to you.  And if you can let go of wanting to change that, at least for now, you will find that frustration recedes into the background freeing you up to make the best of the task at hand.

House rule number two:
The world is what you think it is.

Here’s how I wrote about this “house rule” in Supercoach:

I am convinced that a deeper understanding of thought not only leads to greater inner peace and tranquility, which I can vouch for from experience, but will ultimately lead to a more peaceful world, which is an experimental hypothesis I am actively engaged in testing on a weekly basis.  But because things are the way they are and I only control what I control, let me finish this tip (and this year) on a simpler note:

May you be blessed that your life may be a blessing,
and may the year ahead be filled with love, happiness, and prosperity –
for you, for me, and for all of life.
With love, 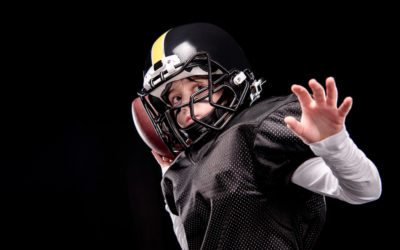 Recently, I’ve been doing my best to take a fresh look at the process of creation, and in particular, how results get created in the world. One question I’ve sat with in that time is “”are goals helpful, harmful, or neutral in the living of a wonderful life?”…

What would you say are the core skills of successful goal creation?…