One of the things I love about writing relatively short blog posts on a relatively regular basis is that I get to experience the whole of the creative process from start to finish. I begin each week with some kind of nothing (more on this in a bit), and by the time I’m done something exists in the world that didn’t exist when I began. It’s about as primordial an experience as you can have with a laptop and a good cup of coffee.

Now, that may sound a bit grand if what you’re creating is a birthday card for a friend or report for school on the migratory patterns of the African swallow, but the truth is, whatever you think of the end product, creating something from nothing is positively biblical in its implications. In the beginning, there was a word, or an idea, or a piece of card stock and some glitter; then you bring something new into the world and either see that it is good and name it to share with future generations of humanity, or destroy it in a flood of self-recrimination and self-loathing.

“I’m just no good at this sort of thing”

“What was I thinking?”

Then, when your thought storm passes, you go back to the drawing board and begin again. In fact, the only real obstacles to creating are how easy it is to not begin and how easy it is to find an excuse or justification for not finishing.

So let’s begin at the beginning and take a look into the void – the unknown nothing out of which everything is created. Nothing is an almost imperceptible abbreviation of the space of “no thing” – a way of describing the formless creative energy of the universe before any “thing” has been created with it. It’s the as yet unformed lump of clay – the play dough of possibility out of which everything will be made before it shuffles off its mortal coil and goes back into its container to stay fresh for next time.

What’s so scary about infinite possibility?

All the things we make up with it to scare ourselves.

“What if I’m creating the wrong thing?”

“What if someone else’s creation is prettier than mine?”

“What if I wind up proving my parents and teachers right?”

“What if I let down all those people who think I’m good at this and they finally see me for the fraud that I actually am?”

Instead of leaving these questions unanswered to die on the vine of insecurity, we start to imagine doom-laden scenarios where the poorly sculpted arms fall of our statue of the goddess Venus and generations of tourists travel to a museum to witness our failings and mock us for all eternity.

The irony is, giving up before we begin is the fruit of a creative process. We think we were starting with nothing, but we had actually already created an uneven playing field and a pile of chips stacked against us in the privacy of our own mind. This is “the little nothing” – the content of our own already formed thoughts and feelings, hopes and fears, judgements and recriminations. We look into our heads and fail to see the youTube kittens of inspiration gasping for airtime in the 24/7 broadcast of the “Why We’re Not Creative” network.

But just beyond the noise of our own minds is the quiet of the big Nothing – the divine Mind out of which all things come into being. It is a field of pure potential – an unplowed field so fertile that we need only drop the seed of an idea into it and it will spring to life and begin to grow almost immediately.

In the words of the mystic Lao Tzu:

In the next two posts in this series, I’ll share more about cultivating and harvesting your creations and even bringing them to market. But for today, I encourage you to spend a bit of time getting to know the unknown. You can’t see it, but you can get a feel for it, gently cocooning you in a blanket of aliveness and possibility. You can touch it by letting it touch you. It is whispering inspiration in your ear even now… 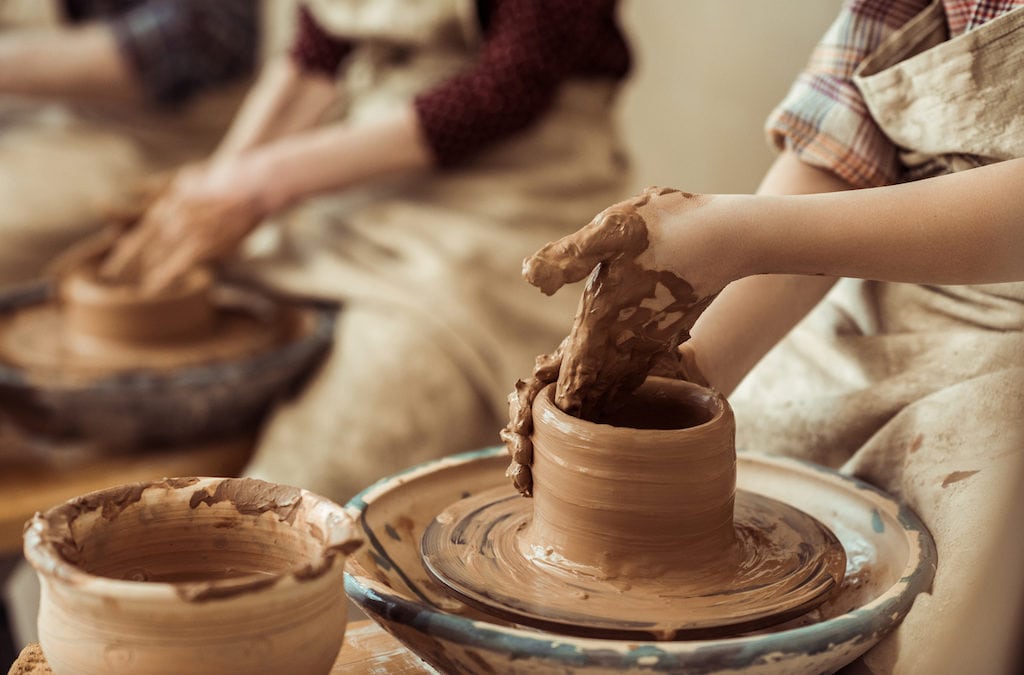 It probably won’t surprise regular readers of these blogs to know that from time to time, I get on a metaphorical high horse and go off on a rant about one thing or another. The fact that the horse always turns out to be made of papier-mâché, breaking apart under the pressure of trying to support…

When I first began doing radio shows over seven years ago, I thought we’d have a shelf life of about three months before my “bag of tricks” was empty and people (including me) would start losing interest. My first attempt at addressing this problem was to expand my bag of tricks and put more tools into my “toolbox”, and I began reading at an ever more voracious pace to keep my head continually filled with whatever was a the cutting edge of psycho-spiritual thought…

In part one of this series, I shared a bit about what I call “the big nothing” – the space within us where we connect most easily with the deeper, creative Mind which is the source of everything new which comes into being. (If you missed it, you can read it here.) Today, I want to…

Newest | Active | Popular
See all
The Art of Creating, Part One - The Big Nothing