As part of the final weekend of Supercoach Academy, ​one of our guest lecturers, George Pransky, shared a story of a conversation a friend of his had with long-time world number one tennis player Pete Sampras.  His friend asked Sampras how it was that he was able to be so cool on the court, unlike many of his compatriots who seemed to be feeling the thrill of victory or the agony of defeat after every point.

Sampras laughed and said that his thoughts and emotions went all over the place when he played, just like everyone elses.  Not quite believing him, George’s friend pushed the question further.

“Does that ever affect the quality of your tennis?”, he asked.

​”Absolutely,” Sampras responded. “If I get too caught up in my thinking or a bad mood, I play much worse.”

“Well, what would happen if you got caught up on match point?”

“I would probably lose the match,” Sampras said.

“So if you have just as much thinking and emotion as everyone else on the tour, why doesn’t it seem to effect you as much?”

Sampras reflected for a moment, and then responded “Because I don’t really care what I think or what experience I’m having.  A lot of these other guys – it really seems to matter to them.”

“​But if you don’t care about what you think or your experience, what do you care about?”

For me, this little exchange points to a fundamental truth about human beings:

We live in the feeling of our thinking, but how much of an impact that has on our effectiveness and quality of life is a function of how much we care about each particular thought or experience we are having.

That sounds more complicated than it is, so let me say it again in a different way.

When I used to perform as an actor, I would get so nervous before going on stage that I would feel like I was going to throw up. I tried everything from meditation to NLP to a nip of alcohol to calm my nerves.  Over time, it got better, but I was constantly on the lookout for new ways to manage my pre-performance nerves.

This April, I was standing backstage at TEDx Bend, getting ready to give a talk called   “Why Aren’t We Awesomer?” ​ ​ to about 1500 people.  I found myself standing next to a few of my fellow speakers – an  astronaut, a surfer, and a beekeeper .  Unsurprisingly, the conversation turned to stage fright, something all of us had experience in one form or another.  What caught me off guard was when the astronaut and the surfer started swapping stories of throwing up before significant events (like riding a 50 foot wave or being launched into space) as if it was just another fun part of the experience.  Although it’s been years since I actually threw up before a gig, it had never once occurred to me that it wouldn’t have to be a big deal if I did.

And this points back to that universal truth:

It’s not our moment to moment thinking and experience that determines the quality of our life – it’s how much we think that experience matters.

When we recognize that our thoughts are designed to flow from moment to moment, it’s easier to accept the fact that some of those thoughts are going to be “negative”, and bring with them feelings and experiences we might not like as much as others.  But it’s not until we decide that we shouldn’t be having them that we get ourselves into trouble.

Here are a couple of questions to ponder this week as you go about your daily life:

1. Given the vast range of thoughts, feelings, and experiences you have on a daily basis, how do you know which ones to actually concern yourself with and which ones to just chalk up to “experience” and allow through without a second thought?

2. What if you didn’t have to actually concern yourself with any of them? 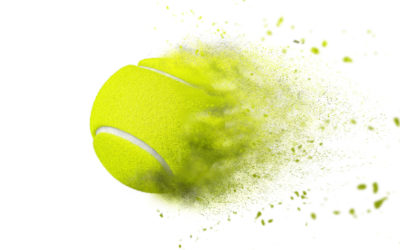 Earlier this week I was sitting with a client who was telling me about his business struggles, and how the stress and pressure he was feeling were leaking into other areas of his life. Out of nowhere, a question that at first seemed too rude to voice popped into my head:

“Why aren’t you awesomer?”…