I first came across the field of coaching in 1988 when a friend plunked me in front of a set of Tony Robbins audio cassettes and asked me to listen with her. A few hundred hours of reading, listening and live training later, I launched my first coaching company with my best friend David. We called it “Momentum”, because at the time it seemed to us that the secret of success was Newton’s 1st Law of Motion:

or as it’s more commonly put:

We figured that the most helpful thing we could do with our students and clients was to assist them in jump-starting their projects, careers, and lives and getting up enough of a head of steam that it would be almost easier to keep going than to stop. And while this approach certainly made a difference for a number of people, it was also apparent that going faster didn’t really help when you were going in the wrong direction.

So a few years later, having studied the work of Steven Covey and Dr. Richard Bandler, I decided that the “real” secret of success was to change our thoughts and actions so that we did less of what didn’t work and more of what did. I called my new company “Behavior Changes”, and I began to work with companies, groups, and individuals on a largely behavioral level, seeking to eliminate their “bad” or unproductive habits while simultaneously installing “good” productive ones.

For the next decade or so, I enjoyed working with people to change their programmed habits of thinking and behavior, sometimes directly, sometimes through the development of skills, and often through an exploration of their most deeply held beliefs and values. I became one of the top coaches and trainers in my field, but it troubled me that the clients who seemed to experience the biggest positive shifts weren’t necessarily the ones who achieved their stated goals for our work together.

After a long period of reflection and with the assistance of a number of different coaches and mentors, I came to see that the most impactful coaching that I did wasn’t just about creating momentum or changing habits. It was about catalyzing genius. The clients who reported the most positive and pervasive life changes were those who stumbled across an incredible resource inside them – a deeper intelligence that manifests for each of us as our own personal genius.

This became my new guiding vision – waking people up to the incredible resource of this deeper creative intelligence which is always available but rarely called on. I called my new company “Genius Catalyst”, and my job as a coach became to assist people in uncovering this innate wisdom and supporting them in “bringing their genius to life”.

There are only two obstacles which keep us from accessing this deeper intelligence on a regular basis. The first is not knowing it exists. This is often remediable by taking a look at where your best ideas, major innovations, and life-changing insights have come from. The most common answers are variations on “it just came to me out of the blue” or “I just suddenly knew what to do”. This is our deeper wisdom in action, delivering exactly what we need when we need it in order to go beyond the current limitations in our thinking.

The second obstacle is dismissing this impersonal intelligence as an “emergency-only resource”, thinking that we can effectively navigate our lives the majority of the time with critical thinking alone. In fact, critical thinking, logic, and analysis used on their own are as likely to paralyze us into indecision and inaction as to move us forward.

When we learn to use our critical faculties in conjunction with our deeper wisdom, we develop an uncommon amount of common sense. Decisions that seemed difficult become straightforward; solutions to our biggest problems become so obvious that we marvel at how we could have missed them up until now.

Here’s a visual of how this “common sense” naturally emerges from our deeper wisdom: We live in a culture that puts a high value on being “reasonable” – which is to say, valuing pure reason and critical thinking over wisdom and common sense. If you can argue it, society tells us, it has more value than if you just “know” it.

Yet in nearly 22 years as a coach, only a small percentage of the people I meet are limited by their lack of critical thinking. What most of us need is to spend more time in the quiet flow of wisdom and less in the noise of our own internal computations. When we do, our sense of well-being increases as we float effortlessly forward in our lives on a river of insights and inspiration.

This is the promise of the human potential – that the infinite intelligence of the universe and a world of deeper feelings are never more than one thought away. The trick is simply to look in the right direction.

Have fun, learn heaps, and as my friend Michele Christensen says, “May the light within you illuminate the world around you!”!

When I first became a transformative coach, I noticed that the clients who reported the most positive and pervasive life changes were those who stumbled across an incredible resource inside them – a deeper intelligence that manifests for each of us as our own personal wisdom and genius. This quickly became the guiding vision in my…

A couple of month’s back, I was thumbing through a copy of Dave Ramsey’s EntreLeadership and randomly opened the book to a page that contained this “theorem” which explained why “…momentum [in business] is not a random lightning strike, but on the contrary it is actually created… and here is the formula:”… 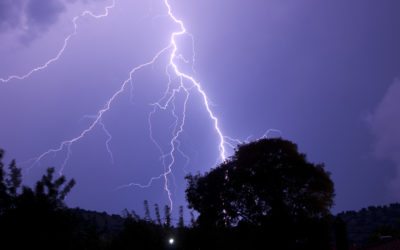