It’s Sunday morning. The World Cup final is recording so I can watch it on tape delay if I manage to avoid my phone, the internet, and everyone I know wanting to share their joy, grief, outrage, or apathy at the still pending result. And when I’m done writing, I’ll be taking our cat Roscoe to the vet to say goodbye.

Roscoe came into our lives seven years ago. We’d gone to a local animal shelter to rescue a kitten, but my wife fell in love with a five year old 21 1/2 pound bruiser named “Corey” who was on the rescue shelter equivalent of death row, due to be put down the next day. They let him out of his cage, he put his very large paws around her neck, and a love affair commenced.  After about ½ an hour of due diligence and paperwork, the newly renamed Roscoe was on his way home with his woman (formerly my wife Nina), his girls (formerly my daughters), and the guys whose job it clearly was to cater to his insatiable need for food, drink, and cleanliness (formerly me and my son Oliver).

What became obvious all too quickly is why someone would have abandoned him. When we let him sleep with us, he spent the night attempting to balance himself on my wife’s head; when we put him outside the bedroom, he yowled to the point where we had to move him down to my office in the basement so there was some chance of sleep.

We then learned he expressed his displeasure through bodily functions, as he so thoroughly defecated his way through the mattress of the day bed that it had to be removed from our home. That we were able to do it without full hazmat containment suits is a feat I admire us for to this day.

That was the first piece of furniture we had to replace; our current estimate is at $10,000 and counting, including having to have all the carpets removed from our new house lest he painstakingly mark them square foot by square foot as he so meticulously did in the house before.

But boy, did that cat love his woman. I actually found myself a little bit jealous of their affair, as my wife would read me love poems she wrote for the cat, apparently unaware that the fact he was of a different species was insufficient to calm the little green monster in me.

A few years later, when the older kids had moved out and it was just the three of us humans living in the house, he shifted his affections to my daughter Maisy. He followed her around like a daemon, never allowing her to get too far away from him lest the pain of their bond being stretched to its breaking point proved too much to bear. While she was at school, he slept, reenergizing himself to ensure he could commit 110% of his affection and attention to her on her return.

But in the last year or so, things took a turn for the worse. His mounds of displeasure now had blood in them, made all too visible to us by the white rugs and sofas on which he left them. Thousands of dollars of tests proved inconclusive, and while a new diet regimen brought him down to a svelte sixteen pounds, it did nothing to quell his discomfort.

One final round of tests a few weeks ago hinted at cancer but a last gasp attempt to treat him with steroids and anti-inflammatories have done little but leave us with scratches, bites, and regret.

So today, I’m “adulting” – stepping up and doing what seems best to me, for him and for us. I don’t like it, but I don’t particularly question it. The thing about pets is that they die, and to deny yourself the years of love for the moments of pain and hardship is a trade that seems comical to me in its inequity.

Even with that knowing, I woke up this morning in a funk, racked with recriminations and doubt. I was pretty sure I’d be better off focusing on the seven extra years of love and life we gave him, but my mind seemed to want to shout at me for “giving up” too soon.

Fortunately, as so often happens, the kindness of the deeper intelligence of life brought me relief in the form of a parable about the power of Thought written by one of my students, Rachel Norwood:

Once there were two brothers walking along a path, when they came across a heavy wooden hammer put there by God.

The first brother picked up the hammer, and not knowing how to use it, started hitting himself on the head with it. It was very painful, but he didn’t know that there was any other use for the hammer. Sometimes, he would put it down and the throbbing pain would start to dissipate, but before he had time to heal, he would pick up the hammer again and start hitting himself on the head with it again.

Of course, blinded by so much pain, he was unable to receive and give love. And sadly, he lived out his existence in this manner, never knowing anything other than deep pain and constant fear of the next blow of the hammer.

Now, the second brother, not knowing how a hammer worked, hit a rock further down the path that broke into smaller pieces. He saw that he could use those pieces to build a home. So, with his hammer, he built and built, knocking the pieces to shape walls and roofs. Then he built a well to quench his thirst, and a protective wall to keep out wolves and bears. As the years went by, he learned to ​create many detailed, intricate, beautiful objects, all with the same hammer.

Of course, now and again, he would accidentally hit his thumb, or bang himself on the head with the hammer, but he would just wait for the pain to subside and then he would carry on using the hammer as if nothing had happened.

And so, he lived out his existence in this manner of creation and in love, no longer fearing the occasional accident with the hammer as he knew that he would always heal.

I’m not sure why I feel such peace when I read that story, but I suspect that it’s because it speaks to something in me I’ve always known but only later in life begun to experience.

Life feels hard sometimes, but we can do hard. We may suffer, but suffering passes. And there is no hardship in life that we truly cannot bear.

Better still, the same power in us that allows us to suffer allows us to create and to love. It is neither a blessing or a curse. We simply cannot have one without the possibility of the other.

So if you drink (water is fine), please raise a glass to Roscoe’s memory tonight. He was a pain in the ass, and we loved him with all our hearts… 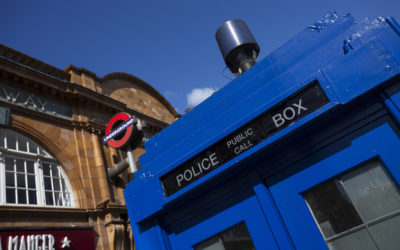 Years ago, I was complaining to my mentor George Pransky about some goal or other I was pursuing to no avail when he said to me, “Have you considered that it might just not be in the cards?

I was sufficiently unsettled by the implication that I might not be in charge of the universe that it led me to some serious soul-searching into the nature of how things happen in the world and how involved (or not involved) we are in their unfolding.

I don’t come off very well in this story, but not long after my family and I moved to America, I sat down to prepare a  log of how much time I was spending on all my work projects so that I could persuade my wife I really didn’t have “extra time” to help out… 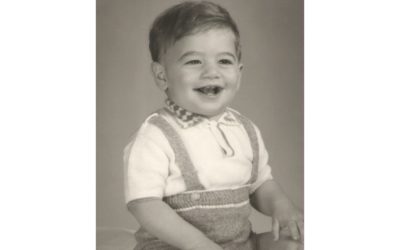 Last November, a group of around eight people approached me at a conference in Denmark where I was speaking to ask me my secrets for health and longevity. I was bemused, as the question had literally never come up before…