When I first began working with high-income/high-net-worth clients, I was surprised that money came up so frequently as an issue. Men and women with six-figure incomes and millions in the bank were dealing with the same kind of fears and concerns around their finances as the people I knew with no money in the bank and no income to speak of.

Apparently, having a high income or a huge bank balance had little or no impact on feeling secure about money. I actually found this quite disconcerting. I had somehow convinced myself that there was a magic number and that once my bank balance hit it, I would never have to worry about money again.

What completely divested me of that illusion was when one client whose net worth was nearly $600 million told me that he woke up every morning wondering if today was going to be the day he lost it all. It finally got through to me that if $600 million wasn’t enough to guarantee financial security, $600 billion wouldn’t be enough either (and neither would $600,000 or $100,000 or whatever other number had seemed to my brain at the time to be more money than I could possibly spend in a lifetime.)

I remember making a little note of the first part of this session’s secret to keep by my desk. It read:

This phenomenon quite clearly worked in both directions. At the same time that I was working with my insecure millionaires, I had other clients who had far less money in the bank but didn’t seem to worry about it at all. As always, the differences between financial security and financial insecurity were being created from the inside out.

To understand a bit more about why financial security has nothing to do with your bank balance, imagine this scenario:

If you’re like most people, you either go out back and chop up some more or drive down to the nearest shop and buy some. In fact, you get plenty of extra so that the next time you want to build a fire you don’t have to go back out unless you want to.

You live wherever it is that you live. Your partner asks you if there’s enough money to go on vacation this year, but when you look at the bank account, it’s almost empty. What do you do next?

If you’re like most people, you panic. You either make up excuses as to why you can’t take a vacation or lay down the law about why vacations are overrated and a waste of money anyway. Secretly, you feel like a bit of a failure and resent the heck out of your partner for wanting to go in the first place (even though you’d love to get away as well). Perhaps you vow to yourself to work harder, or find a better-paying job or less demanding partner.

What’s the difference between the two scenarios?

In the first, you recognize that wood is just a commodity – something you need from time to time for a specific purpose and it’s easy enough to get more of with a little bit of effort. In the second, you’re acting as if money is in some way magical – something you always need more of and that would make your problems magically disappear if only you could somehow get enough of it.

But what if money were just a commodity too – something you used from time to time for a specific purpose and could easily get more of with a little bit of effort?

If money were just a commodity, you wouldn’t panic when you were running low, you’d simply go out and get more of it whenever there was something you wanted to buy. You might even get plenty of extra so the next time you wanted to buy something or go somewhere you didn’t have to go back out unless you wanted to.

The problem is that people ascribe all sorts of magical properties to money. According to our cultural mythology, money makes you feel happy and secure, while a lack of money is the cause of feelings of frustration, anger, insecurity, and fear. But the truth is, we don’t feel our bank balance – we feel the principle of Thought taking form, (i.e. our thinking), moment by moment. And ironically, realizing that our feelings of security will come and go regardless of our bank balance tends to make the game of creating money easier than ever to play.

When we know our wellbeing is not on the line, we play full out and fearless. We spend less time in our head worrying, which leaves us with more bandwidth to both notice inspired possibilities and spot opportunities to make a difference in the lives of others in the world. So, while you may or may not ever become a millionaire, knowing that your capacity for joy and sorrow, security and insecurity, and the innate wellbeing that lies just beneath the surface of your thinking will be unaffected by your income makes more space to follow the breadcrumbs that lead to more money coming in.

The fact is, money and wood (and metal and pork bellies) are just commodities. The difference between them is that you buy commodities with money and you ‘buy’ money by making a difference.

Which gives us the second part of the secret:

Anywhere there’s a positive difference to be made, there’s money to be made. If you can’t (or won’t) make much of a difference, you’re unlikely to make very much money. 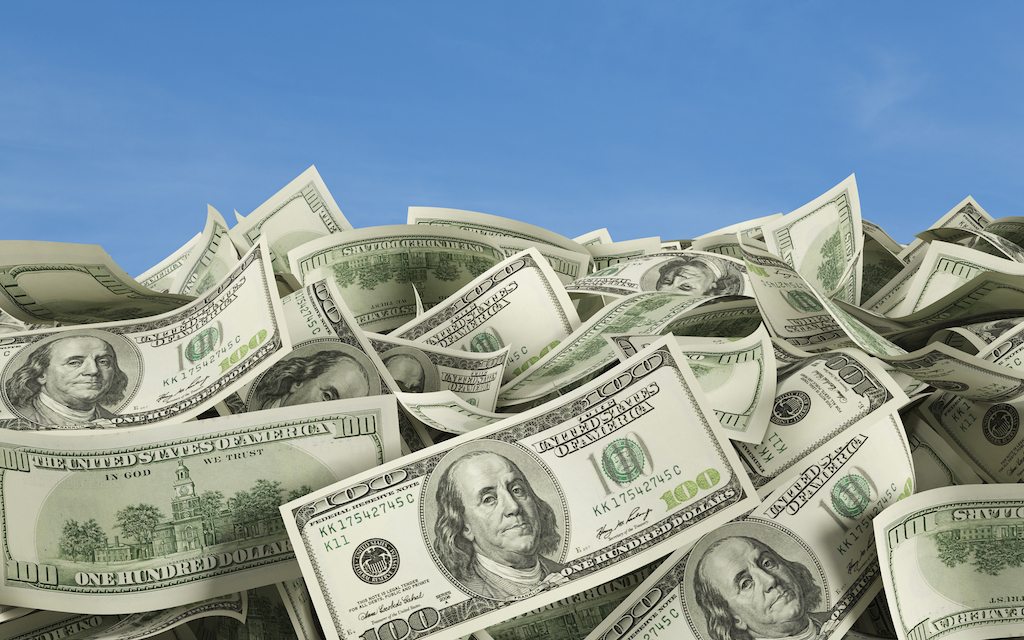 On Sunday, I was preparing to do a FB Live for the Creating the Impossible online program and reflecting on how to demonstrate the difference between something we want to create for its own sake and something we chase after in the world hoping it will make us feel a certain way when we catch it…

It really is possible to make more money with less effort. Michael?s clients regularly double and even triple their income during the time that they work with him. Better still, they do so without stress and with less effort than ever before. If money is an issue in your life, listen in to find out the secrets of effortless wealth creation!

This week, Michael shares some of the secrets of creating financial security in an instable economy. Find out how you can create an income that is not dependent on any one job, employer, or industry!

Join Michael live to explore the different motives behind our spending and call in for coaching around your own money questions!

Money is one of the most emotionally taboo subjects in the world, with most people happier to share the details of their sex life than their bank balance. This week, Michael exposes the misconceptions that can make money seem too difficult to talk about and how an honest, open approach will change your relationship with money forever!