My youngest daughter and I went for a coffee (iced vanilla latte for her, bulletproof for me) and she asked me about how I started writing books. I talked about some of the ghost writing I did in my very early days, moving on from that to be a developmental editor on Paul McKenna’s “I Can Make You…” book series that have sold over six million copies and counting.

I talked about a couple of false starts – a book contract for co-writing an NLP book that my colleague and I both backed out of, and an anthology of some of my early coaching tips that garnered interest from a major publisher but ultimately never happened. I also shared how writing these blogs, daily for a year and then weekly for the past 18 years, helped me to both find my own voice as an author and hone my craft as a writer.

But part of why I believe those early projects never made it all the way out of my head and into the world is that they were motivated from the wrong place. They were a means to an end – a way to “fulfill my potential” and “become a published writer”. When I finally did write my first book, it came instead out of a clear knowing that I had something I really wanted to share and that writing a book was the way I wanted to share it.

The specific impetus – the moment the game changed – happened in the back of a cab in Chicago in 2004. Here’s how I wrote about it in my very first book, originally called “Soul Path” but ultimately published under the title You Can Have What You Want:

A few years ago, I was in Chicago as part of comedy “sketchfest” – comedy troupes from around the country coming together to make people laugh, steal each other’s material, and generally have a good time playing. Our first show was what could politely be called “less than fully triumphant”, and rather than stick around and face it like a man, I went skulking off in a cab to visit a friend.

To my delight, within moments of entering the cab it began to snow – and I love the snow. Growing up in New England, snow meant sleds, skiing, snowmen, and on a good day, school being cancelled. But when I shared my delight with the cab driver, he glared at me with a look of contempt normally reserved for people you’ve known for years. After a few moments of silence, no doubt spent considering the relative merits of throwing me out of his cab to enjoy the snow I was so fond of “up close and personal,” he began to talk.

His name was Adolf and he came from Ghana. He had come to America in 1991 to make his fortune and take care of his family. Thirteen years later, he was driving a borrowed cab 7 days a week, 365 days a year. The money sent home each month enabled his family to live well. His mother owned her own home; his brother and sister were able to finish the equivalent of high school. But Adolf had not been back.

A few months earlier, his mother asked him to come home to visit for Christmas. He told her he would love to, but it would mean he wouldn’t be able to send money for a few months. She never brought it up again. Adolf wanted me to know that he was a Christian and the great shame that he was living with was that he had spent Christmas day out in the snow hustling fares instead of in church giving thanks.

Yet through it all, he had a dignity and pride about him that dared me to feel sorry for him. When I asked him if he was doing what he really wanted to do with his life, I thought he was going to kill me.

He got that look in his eyes people get when they can see their big dream a million miles away in their mind’s eye then wipe the slate clean before anyone notices the slight smile forming at the corners of their mouth.

“I don’t know what I really want to do,” he said firmly.

“I don’t believe you,” I replied, equally firmly.

By now the snow was beginning to stick to the sidewalks, and Adolf pulled the car over to the side of the road. Any thought of visiting my friend was long forgotten. I was in the back of that cab for a reason. Heck, I had pretty much proven I wasn’t in Chicago to make people laugh.

“Everyone has access to the voice of inspiration,” I continued. “What the Quakers call ‘the still, small voice within.’ When you listen to that inner voice, it lays out a path like a blueprint that contains everything you need to know to create a life so wonderful to you it will feel like you were born to live it. But sometimes following that voice is so scary that we won’t admit we’ve got one – not even to ourselves.”

He was watching me in his rear-view mirror intensely.

“It usually starts with an inkling – a sense that there must be something more to life than getting up and doing the same things day after day after day.”

He nodded his head in agreement, so I carried on.

“Then, if you begin to pay attention, you will notice that there are things you think about that are different from most of the people around you. Things you want that are unique to you; consistent daydreams and impulses that keep coming up, no matter how many times you push them away.”

Adolf looked at me a bit suspiciously, as though I had somehow gained entry not only into his head, but into a part of his mind he had all but locked away. He did, however, continue to listen.

“The fact is, as some level you already know what you want to do. The more honest you are willing to be with yourself about it, the more your own unique blueprint for a wonderful life will begin to emerge. The voice of inspiration begins to speak louder and more clearly, and your life will get easier and easier. But you’ve got to at least be open to it. As someone once said, ‘There are none so blind as those who will not see.”

We both went quiet for a few moments, then Adolf spoke.

“I do know what I want to do,” he began. “My dream is to build houses the way Americans build them. The houses in Ghana are not strong. I want to go back to Ghana and build houses for my village. Then I would know that I had made a difference. And everything else that I have had to endure would be okay. It would have all been worthwhile.”

There were tears in both our eyes – something I’ve noticed is quite common when someone first acknowledges something they’ve been keeping hidden from everyone, including themselves. And then he sat a little taller in his seat and we both knew it was time to move on.

As I was getting out of the cab, I asked for an email address so I could keep in touch and send him some of my blog posts that I thought might be helpful for him, but he said he didn’t have a computer and while I gave him my phone number, I kind of knew he would never call it.

In that moment, it struck me that if I had a book with the best of what I’d learned about helping people experience what at the time I called “inner and outer success”, it would have been the perfect thing to give Adolf. Then it occurred to me that there must be tens of thousands if not millions of “Adolfs” around the world, cut off from their inner knowing and limited by their own unconscious thinking.

It was time to get my own ideas out of my head and into the world in a whole new way.

It was time to actually write a book.

What’s your next dream? What are you drawn to? What would be cool, or even “supercool”?

Better still, where are you looking/listening for the answers?

If it’s in your intellect or mental database, chances are what you’ll find is more like a facsimile of an inspiration than the real thing. But if you’re listening to the quiet, still, small voice of inspiration and aliveness within, chances are you’re already on the path to making those dreams come true.

Creating the Impossible is a 13 week interactive online adventure where you take on a project you’d love to see happen but know is highly unlikely in the timeframe of the game. Projects range from getting married to writing books and from starting a new business to launching a new life!

The Genius Catalyst Program is an 8 month guided exploration (live or live streaming) of how beautifully life can unfold when we live in and from the inspiration of the deeper mind.

If you’d like my support in making 2019 your best year yet, click on the links above to learn more! 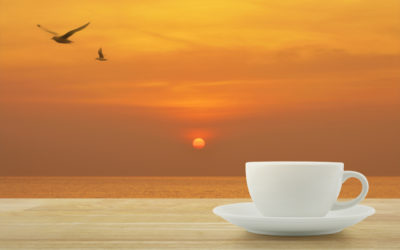 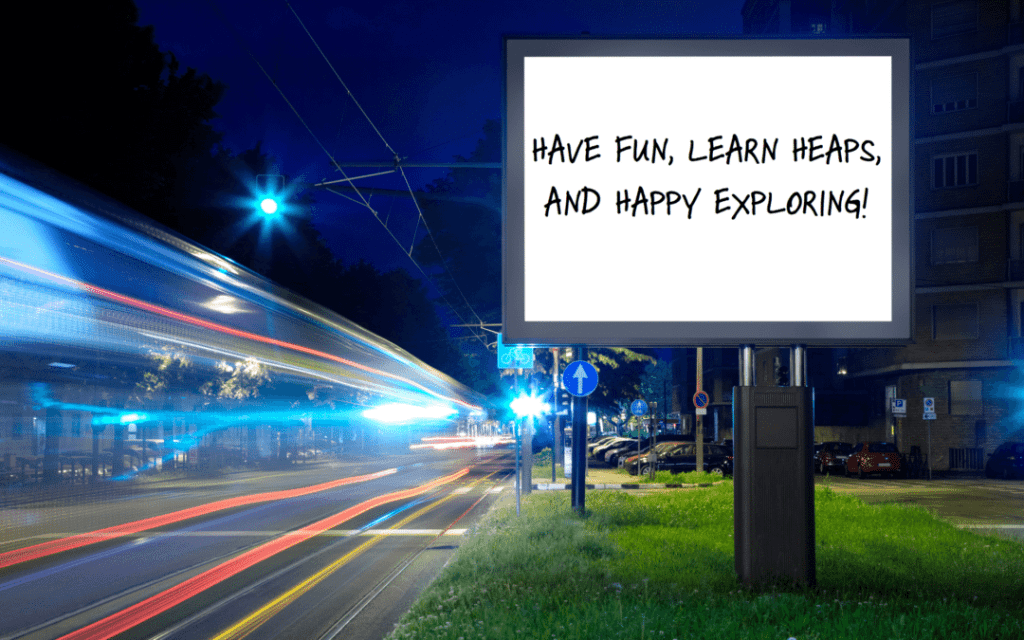 I have a kind of a love/hate relationship with Tim Ferriss. On the one hand, he impresses the hell out of me, and he’s my son’s favorite writer/podcaster. On the other hand, he’s one of the few people who my thinking goes into overload reading… 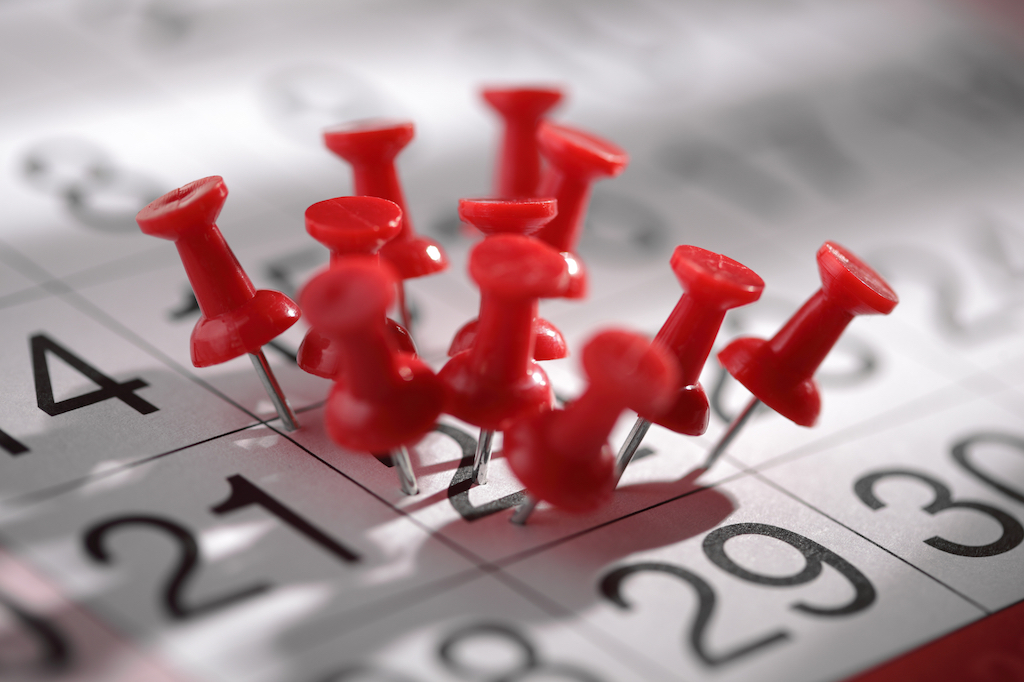 If you’ve ever thought about blogging, journaling, or even writing your own book, join Michael live to learn more about what it takes to master the art of creative expression!