On a recent trip to the UK, I gave a talk on peace of mind at the Tikun center in North London.  During the talk, I outlined four levels of understanding of what peace of mind actually is and how we go about getting it….

Level One: Absence of Conflict

“As long as no one’s upset with me, I will have peace of mind.”

At a very basic level, peace of mind looks like an absence of conflict. So if we want to experience more of it, we need to either get better at conflict management or simply avoid it altogether. People who equate peace of mind with an absence of conflict often think of themselves as “peacemakers”, but as often as not they are really just “avoiders of conflict”. (Think Neville Chamberlain before World War II or a long-suffering spouse who puts up with all sorts of abusive behavior from their partner in hopes of a quiet life).

Not only does this overly conciliatory, head in the sand attitude tend to create more conflict than it avoids, it also keeps our heads filled with boat loads of thought about what we mustn’t do or say which in turn eliminates any chance we might have of actually experiencing peace of mind.

Which is why at some point, most people start to realize that absence of conflict is less important than…

“As long as my job/marriage/health/finances are secure, I will have peace of mind.”

Though they may think of themselves as “go-getters” or “high achievers”, people chasing peace of circumstances might more accurately be called “plate spinners” or even “rat racers”. (Think Willy Loman in Death of a Salesman or any “supermom” who tries to bring home the bacon, fry it up in a pan, make sure her children have high test scores and early entrance into top private schools while never letting her husband forget he’s a man.)

Not only is it virtually impossible to sustain peace of mind in every area of your life when you’re chasing it from the outside-in, the stress of needing circumstances to conform to your will in a world where life seems to have a mind of its own often takes us further away from peace of mind than we were when we started.  Which is why at some point, it’s quite common for people to begin to realize that peace of circumstances is less important than…

“As long as I don’t have too much thinking going on, I’ll have peace of mind”

When people make the shift from trying to create peace of mind through external strategies to creating it through quieting thought, life starts to get easier.  Because as long as we don’t have too much on our minds, we can handle conflict and changes in circumstance much better than your average bear.

People who seek peace of mind by banishing thought are the meditators of the world, and as long as they sustain their practice they tend to live healthier, longer, more creative lives than non-meditators.  (Rupert Murdoch, David Lynch, Oprah Winfrey, and Russel Simmons are some modern-day examples of high-achievers who make time for daily meditation).

But absence of thought can also lead to a dullness of wits, and the difficulty for many people of maintaining their peace of mind in the 23 hours a day when they’re not meditating can turn the practice into a chore.

Level Four: The Peace of Mind

Mind is the formless energy and intelligence behind life – the life force itself that animates our world.  It is everywhere and ever present, and it brings with it a feeling of aliveness and a knowing that regardless of what’s going on in our world or even inside our head in this moment, all is well.

People who recognize that the peace of mind surrounds them find themselves dropping into states of meditation, gratitude, and love wherever they are and whatever is happening around them.  (Think Jesus, or the Buddha, or modern mystics like Byron Katie and Eckhart Tolle.)

When you see that we live in a mind-made world and that we ourselves are of that same formless energy, the idea of having to do anything to experience peace of mind is as bizarre as the idea that a fish would have to do something to experience water. When you start to notice that the aliveness and peace of mind is always present, it begins to fill your consciousness more and more of the time.

Quite simply, peace of mind is your true nature. You can never lose it, because it’s the very core of your being. As St. Francis of Assisi is reported to have said, “You are that which you are seeking.” And the best thing about experiencing the peace of mind at this level is that it’s available 24/7, regardless of who’s mad at you, what they’re mad about, and how much thinking you happen to have about it in this moment…

Rest in peace (and with all my love), 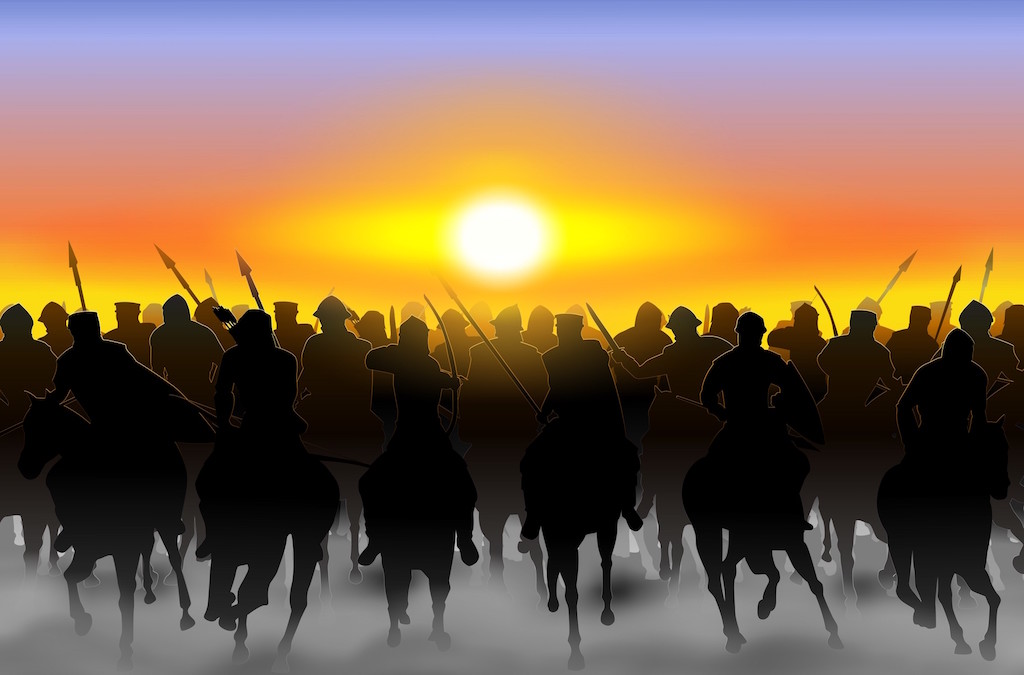 A few months back, I was meeting with a client who was preparing himself for an impending hostile takeover bid of his company. He was unsurprisingly stressed, and kept asking me for reassurance…

For many years, I have signed my emails with the word “love” in the final line where “sincerely” often goes. This was originally a conscious experiment, and it has provoked the occasional upset(and in one instance downright hostile) comment from someone who felt that love was a somewhat limited commodity that should only be used sparingly lest we use it up and don’t have any left for when it really matters…

Close your eyes for a minute or so and just listen to whatever sounds are going on around you. Be “a rock with ears” – hearing sounds the way a video camera would, without any preference for one sound over another or story about what the sounds mean or where they come from.