In 1919, a cartoonist named LeRoy Robert Ripley released the first of a new series of daily panels which shared bizarre but true facts and stories from around the world. Over 100,000 cartoons later, “Ripley’s Believe it or Not!” has spawned books, radio series, TV shows, and museums around the world. (My favorite ‘fun fact’ from Wikipedia is that the dog who was the inspiration for Snoopy, Charles Schultz’s classic comic strip hero, made his first appearance in a “Believe it or Not!” panel drawn by Shultz himself and claiming that he was “a hunting dog who eats pins, tacks, screws, nails and razor blades.”)

Over this past week, I was spending time with family for Thanksgiving and got into a conversation with a professor of theoretical mathematics and a physics major from MIT about the parallels between physics and metaphysics – more specifically the claim that many of us in the inside-out understanding make that “even physicists agree that the universe is made of an unseen, formless energy”. Their conclusions were a bit non-decisive, ranging from “kind of, but it’s not that simple” to “well, it’s non-falsifiable”, which is the scientific equivalent of saying “you could say that and nobody could prove you wrong but that doesn’t make it true so what’s the point in saying it?”

What did come from the conversation for me was some additional clarity about why the search for fundamental principles is so important in the evolution of psychology and our understanding of the human experience. A fundamental principle, as I am using the phrase, is something that is true, constant, and operational whether you believe it or not. By that definition, gravity is a fundamental principle of the physical world. As Galileo is said to have demonstrated in dropping two objects of different mass from the Leaning Tower of Pisa, what you believe about gravity makes no difference whatsoever to the rate and speed an object falls if dropped from your hand. And unlike Wile E. Coyote in the Roadrunner cartoons, the moment we step off a cliff we begin to fall, whether we believe in gravity or not and even before we notice we are no longer on solid ground.

So how does this impact us as human beings?

Well, by way of an example, it’s relatively easy to measure the impact of stress on our physical health and mental capacity. However, that doesn’t make “the stress effect” a fundamental principle. As Kelly McGonigle points out in her TED talk “How to Make Stress Your Friend”, studies show that the belief that stress is bad for you is more directly correlated to the risks of dying prematurely than the presence of stress in your body. In other words, the effects of placebos are a measurable variable; the placebo effect itself is an observable truth. But since even the placebo effect is not present 100% of the time – a study reported in Psychology Today suggests the correlation between placebo efficacy and drug efficacy to be at around 90% – it’s still not a fundamental principle.

So what are the fundamental principles behind the human experience?

Syd Banks, the enlightened Scottish welder who’s musings on life have deeply inspired my own, suggests that there are only three. As I wrote about them in The Inside-Out Revolution:

Combined, these fundamental principles fully explain the placebo effect, both in its presence and occasional absence. Our individual experience of reality is created via thought, so if we believe stress will kill us or a particular treatment will help us, that will seem true in our personal reality. But because there is a pre-existing intelligence behind life (i.e. Mind), our thoughts are not fully in control. And because our levels of consciousness can vary from moment to moment, it is possible for a thought to appear very real and impactful in one moment and to look totally made up in the next, thereby largely eliminating its impact on our health and well-being.

Moment of confession – I don’t know if these principles are true or merely “non-falsifiable”. But I do know that from the moment I shifted my personal quest from a search for better placebos (i.e. “what’s the most useful lie I can tell myself?”) to a search for fundamental principles (i.e. “what’s true whether I believe it or not?”), my mind has gotten quieter, my life has gotten simpler, and my experience day to day and moment by moment has become almost unrecognizably richer.

One of the things that used to drive me nuts as a long time student and teacher of the structure of subjective experience was when people would share their point of view as if it was “the truth” in some objective sense. To me, such statements sounded arrogant, ignorant, and so fundamentally misguided that I tended (on a good day) to feel sorry for the purveyors of such “truths” and (on a bad day) to dismiss them and everything they said out of hand…

In any field of endeavor, we must first ascertain how things actually work before we can meaningfully explore how best to make use of them. We need to understand the physics of something to become better engineers; a better understanding of biology allows us to save lives. When it comes to human psychology, the more accurately we understand how the mind works, the more usefully we can address questions of how to use it. So before we try to answer questions about how best to live, it is essential to take a fresh look at how life works… 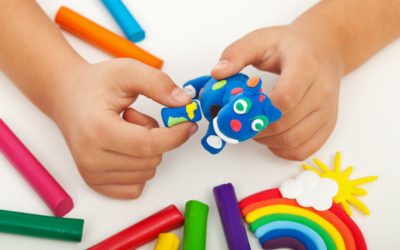 Newest | Active | Popular
See all
Believe it or Not!