One of my favorite things I read over the holiday period was this little gem from the comedian Louis C.K.:

“Also please remember that the turning over of one year to another is a mental construct that bears no more weight than the things that keep us apart and in competitive categories as human beings. Time is not moving. You’re not losing or gaining ground. You’re not separate from “them” any more than you’re separate from your own umbrella. It’s now, we’re us and this is here. If you’re in pain, this too shall pass. If you’re in luxury, this too shall pass. Ask an old lady how she’s doing. The internet is not real. Draw a picture on a napkin. Love to all of you.”

While I would love to take some credit for inspiring him (after all, we were both dads at the same middle school and we kind of talked once), I can’t. What I can do is highlight three spiritual truths that he points to in the paragraph above. The fact that he would likely mock me for taking what was originally part of a Christmas eve press release so seriously is all part of the fun… 🙂

1. “…the turning over of one year to another is a mental construct…”

Several years ago, I was leading a small-group intensive in the heart of the New Orleans jazz district. One evening, I had the chance to have dinner with an old friend who was working as an adjunct professor of Buddhist philosophy at a local university. After dinner, we wandered the well-lit streets, watching semi-drunken revelers stumbling along and listening to impromptu musical performances on nearly every corner.

When he asked me what was at the heart of what I was teaching, I said that much of my work was about deconstructing “realities” – helping people see that they’re making up the world they live in and then enjoying or suffering from what they made up. But that of equal value to that deconstruction was showing them that they could consciously construct – that when people see that they’re making it all up, they have the opportunity to make it up in ways that are at least temporarily useful, enjoyable, and fun.

So while “the turning over of one year to another” is indeed a mental construct, I think it’s a lovely one, in the same way as knowing the sun doesn’t really come up in the morning or go down in the evening doesn’t diminish my enjoyment of the infinite array of colors on display in a beautiful sunset.

As my friend and I continued to construct and deconstruct realities on Bourbon Street, he shared with me a Buddhist teaching that points to the transient yet genuine utility of mental constructs:

Once upon a time, a man was traveling along a path when he found his journey interrupted by a vast expanse of water. He could barely see the opposite shore off in the distance, but he knew he would need to cross the water in order to complete his journey.

Using three logs and a bit of rope he found along the banks of the water, he made himself a simple but sturdy raft. Using the raft to keep himself afloat, he sometimes paddled and sometimes drifted his way across the water until he reached the other side.

The Buddha’s question was this – once the man was back on solid ground, should he drag the raft along with him or leave it behind?

The Buddha’s conclusion, while open to interpretation, was that like the raft, spiritual teachings are designed to serve a purpose. Once that purpose has been served, they are best left behind. Otherwise the very thing that helped us move forward begins to hold us back. In the same way, our mental constructs and metaphors are either assisting us in moving freely in the world or keeping us trapped in a limited reality of our own making. Which means we are free to use them when they serve us and leave them behind when they’ve served their purpose, knowing the ability to construct new, useful realities is always available inside.

The theosopher Syd Banks used to say that “life is a divine dream, suspended between the boundaries of space, time, and matter”. In my mind, that was a way of pointing to the mind’s ability to create something from nothing – form from the formless yet fertile void at the heart of existence.

Once we buy in to the mental constructs of space, time, and matter, it allows us to live in the “divine dream” of a life that takes us from here to there and past to future while also allowing us to experience ourselves as separate from other people and objects. This is absolutely fantastic – right up until the point where we begin suffering from the idea that there is better than here, then was (or will be) better than now, and we are better or worse than “them”.

Fortunately, we don’t need to change the world to get off the merry-go-round. The end to all our suffering is simply to wake up to the fact that we’re dreaming.

Here’s how I wrote about it in Supercoach:

There’s nowhere for you to get to –
you’re just here.

This thought can be disturbing at first to people who feel that “the next big thing” is continually just around the corner. But if they sit with it, most feel their shoulders begin to relax as their experience of the present moment deepens.

Of course, just because there’s nowhere to get to doesn’t mean you’ll no longer travel – just that you’ll no longer do so in order to get somewhere that’s better than right where you’re sitting now. It doesn’t mean that you can’t upgrade your car, your job, your finances, or even your relationship. It just means that if you do, it will be because you want to, not because you think you have to or you should.

3. “Ask an old lady how she’s doing. The internet is not real. Draw a picture on a napkin.”

I’m not a big fan of new year’s resolutions, but if I had one for the year ahead it would be to spend less time online or in my head and more time in the world and in my life. While I do sometimes throw my iPhone against the wall in the same vainglorious way any addict throws away the tools of their addiction in a fit of temporary resolve, I am aware that both thought and the internet are here to stay. So rather than rail against the gift of technology ( or indeed the gift of a sound mind), I prefer to use them rather than be used by them.

My kids and I discuss this a lot – what it is to grow up in a world where people log in to their Instagram, Facebook, and Twitter feeds before they’re even fully awake. Each of us are finding our own way through the maze. My son and I use News Feed Eradicator as a kind of a mindfulness tool to prevent us from casually getting lost in the omnipresent noise of our online presence; my daughter simply shuts down her accounts when she feels herself being sucked out of her physical life and into her virtual one.

We can do the same thing when we find ourselves lost in thought or obsessively rummaging through our own memories and imaginations. Instead of trying to give a “thumbs up” to all of our positive thoughts so that the Facebook feed of our mind  will filter out the negative ones, we can simply get present with another human being or create something (on a napkin or indeed anywhere) that takes us out of our own incessant mental chatter.

I’ll finish today’s missive with one of my favorite Buddhist blessings:

May you be loved, happy, healthy, and free.

May your friends be loved, happy, healthy, and free.

May your enemies be loved, happy, healthy, and free.

May all life be loved, happy, healthy, and free. 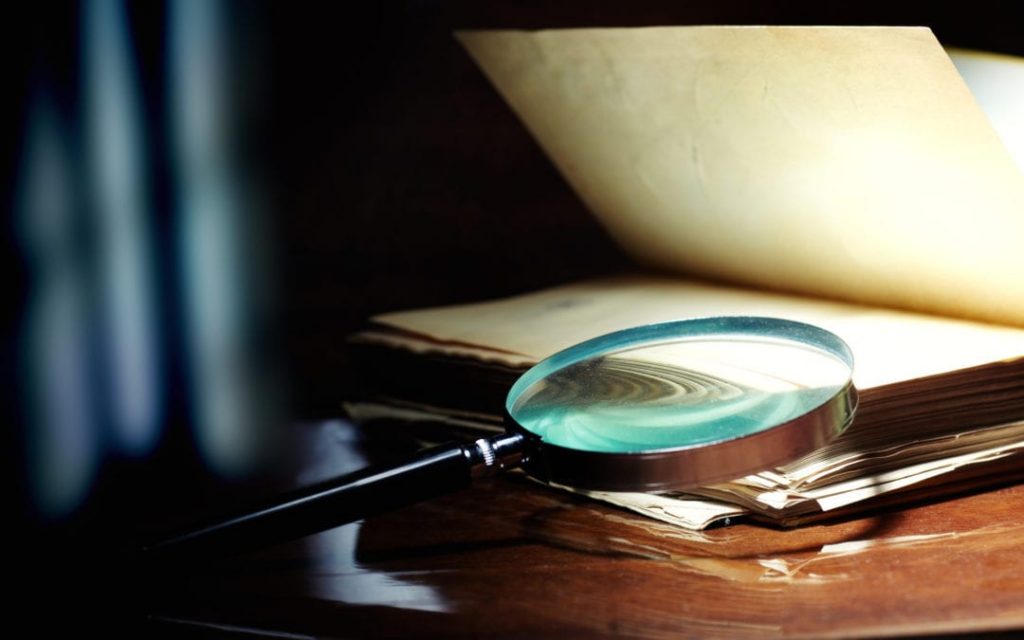 My daughter and I spent Saturday night taking part in a murder mystery dinner at an old-school Los Angeles restaurant that used to be the nightly haunt of Frank Sinatra, John Wayne, and many of the bright lights of Hollywood past and present. As part of sowing the seeds of confusion (we had been told… 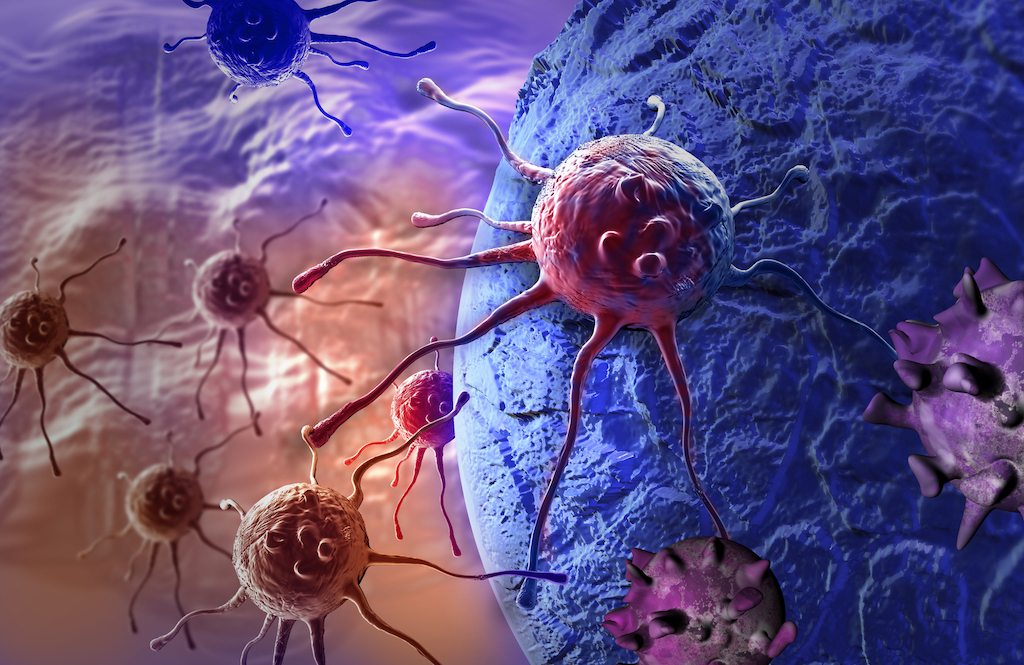