Almost 25 years ago, I had a conversation with a friend who had been struggling with anger and behavioral issues at around the same time as I was going through my own struggles with depression. We had both come out the other side of our personal emotional infernos, and I was intensely curious to compare notes and find out what he had found most useful in his own quest for happiness and at least a modicum of inner peace.

To my surprise, he told me that the most useful thing he had come to see was that moods are a lot like weather – they come and go, sometimes in moments, sometimes more slowly – and like the weather there wasn’t much point in trying to do anything about them other than to ride out the storms and enjoy the sunny days when they come.

This sounded somewhat bleak to me, and surprised me because I had come to the exact opposite conclusion through my study of NLP. It seemed to me that since our moods were created inside our own brains and bodies, we could control them by making better use of our thinking and physiology. In my mind, we didn’t have to be at the mercy of bad days because we were, in effect, creating our own weather and taking it with us wherever we went.

Since stumbling across the inside-out understanding in 2007, I’ve come around to the metaphor of “emotional weather”, but with a couple of major differences from the way I initially heard and interpreted it…

1. It’s easier to get wet than control the weather

If there’s one thing I learned in seventeen years of practicing NLP, it’s that we can absolutely impact our emotional state. Having assisted thousands of people in overcoming phobias and changing the way they feel about different life events, it’s not even a question in my mind. However, the amount of effort, skill, and design it takes to maintain control over your state on a 24/7 basis is beyond the capacity (or at least interest level) of any of the hundreds of wonderful practitioners and trainers I worked with during that time, myself included.

The turning point for me was during a mass “phobia cure” for people with fear of public speaking on one of our trainings. As literally hundreds of people took their place on stage to speak to hundreds more in the audience, my colleague worked with one particular person who rated his fear as 10 out of 10. Soon enough, that fear was down to a level 3, but my colleague wasn’t satisfied until it was a 1. Close to an hour later, their fear had disappeared and I had had a major insight:

I really didn’t mind being scared from time to time when I spoke on stage.

There’s a Scandinavian proverb (which I first heard via the comedian Billy Connolly) that roughly translates as “There’s no such thing as bad weather – only the wrong clothing.” If we apply this to the “emotion = weather” analogy, this suggests that if we’re willing to take it into account, we can enjoy ourselves regardless of our mood or emotional state.
​
In the same way, I’ve found in the years since that insight that I can be creative, move forward on my projects, and have a pretty great life regardless of my “in the moment” mood. I may go a little slower when it’s grey and rainy in my head and I may even get soaked through from time to time, but no matter how wet I get I’m only a cup of hot chocolate and a few moments in the sun away from coming back to life, as good as new and ready for whatever comes,

In the first Coaching from the Inside-Out training, I shared the metaphor of “being the sky”:

And best I can tell, the sky doesn’t mind what weather is taking place inside it. Day or night and regardless of what the weather happens to be in this moment, as the sky we remain eternally vast, and the light of the sun continues to shine brightly within us even when it’s obscured by darkness or the clouds.

Because at some level we know we’re the sky, even in those moments that we shrink back down in consciousness and feel ever so small and helpless and alone, we still don’t need to struggle to control the weather. We can bundle up our overcoats, put on our galoshes, and go out singing in the rain, dancing in the sun, and making angels in the snow.

I spent much of the last week in the UK coaching and teaching. Whether in the context of creating the impossible, financial fearlessness, or consulting with big and small businesses alike, one of the key themes that kept emerging was the impact of truly seeing how much more we are than the “little selves” we work so hard each day to develop and improve. 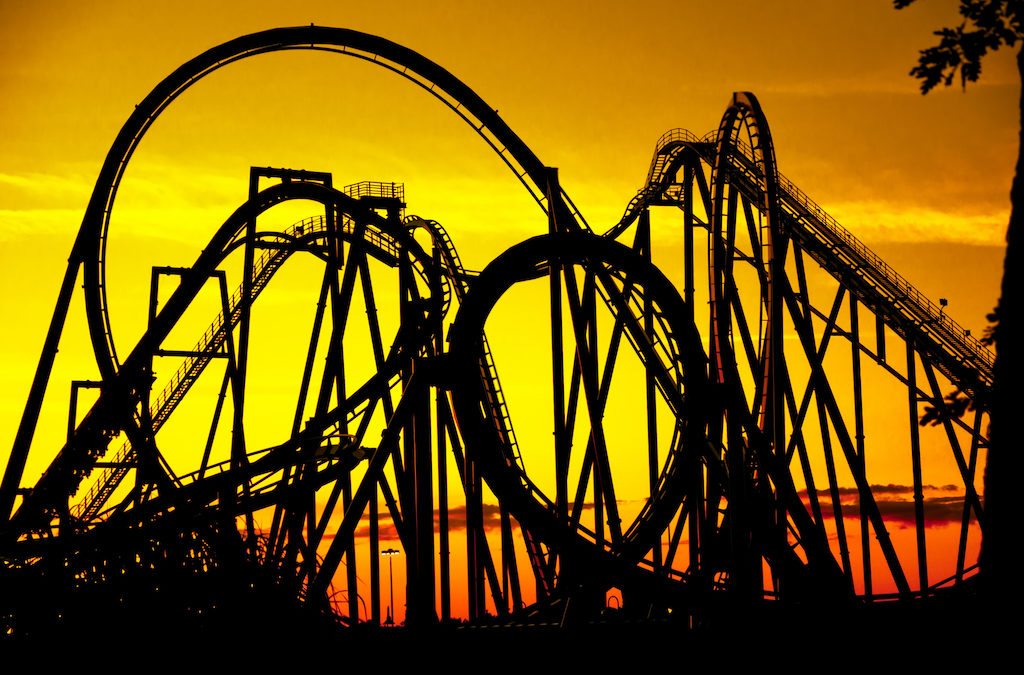 One of my coaching clients recently told me that she was struggling to move forward with a major creative project because she was scared. When I asked her what she was scared of, she said “That’s the problem – I don’t really know why I’m scared. If I knew, I could do something about it!”

I looked her in the eye and said “I know exactly why you’re scared.”…