With religious festivals from both sides of the aisle in full flow over the past week, my now 22 year old son Oliver is visiting home and taking a break from his job booking bands and putting on events in the city of Eugene. We’ve been taking advantage of that fact to sample some of my favorite lunch spots, drink lots of coffee, and talk about the world and its wife.

In the midst of a conversation about Kendrick Lamar’s new album, which apparently brilliantly transcends both the mainstream and underground hip-hop genres while serving as a philosophical treatise on wealth and fame, he mentioned a lot of the best rap artists are deeply religious.

While some of that is no doubt cultural, he went on to muse as to whether or not surrendering yourself to God in some way prepared you to surrender yourself to the creative spirit (and vice-versa).

I shared a notion that I write about in my upcoming (September) book, Creating the Impossible:

For thousands of years, people have been trying to understand the source of creativity – the spark of life that brings ideas to mind and allows us to bring those ideas forth into the world. In ancient Greece, that creative force was personified as the nine muses – daughters of the Greek god Zeus and his lover Mnemone, who was herself the personification of memory. Early Christian teachings suggested that only God himself could create and that form of creation was called ‘par nihilo’ – creating ‘from nothing’.

Syd Banks, the enlightened Scottish welder who first articulated the principles behind the inside-out understanding, described it like this:

An important thing to realize is that Universal Mind and personal mind are not two minds thinking differently, but two ways of using the same mind…

There is one Universal Mind, common to all, and wherever you are, it is with you, always.
There is no end or limitation, nor are there boundaries, to the human mind.

We went on to talk about prayer as a means of accessing that deeper mind, speculating as to whether or not it was hypocritical to pray when you didn’t really believe in the religious ideology from which the prayers had emerged.

It reminded me of a conversation I had years ago with a religious leader who pointed out that in rejecting religion for rational reasons, the baby of a higher power often gets thrown out with the bathwater of historical beliefs and behavioral restrictions. For me, the end result of my own intellectual wrangling with religion was to leave the church/temple/mosque and come back to God. At the end of all of my exploring, to paraphrase T.S. Eliot, I arrived where I started and knew the place for the first time.

So for me, I enjoy the occasional prayer as a way of staying in the conversation with whatever it is that spins the planets, animates my body, and brings fresh words to mind every time I move my fingers across a keyboard or open my mouth to speak.

One of my favorites at the moment, in an irony not lost on me, comes not from the Christian liturgy but from the one-time Broadway musical Godspell. I think of it not as a call to an embodied supreme being so much as an expression of intention and hope that I can live more closely aligned with the source of love and deeper intelligence beyond the personal mind:

My conversation with Oliver continued past lunch to a coffee spot I enjoy nearby. Our topics ranged from Camus’ assertion that the fundamental question in philosophy is to decide whether or not life is worth living to Louis C.K.’s newest comedy routine about suicide.

After a time, our mood turned more reflective and my mind wandered to one of my favorite Zen parables about the human condition:

A man is being chased by a tiger. As the tiger gets closer and closer, the man realizes he is nearing the edge of a cliff. Forced to decide between being eaten alive and leaping to his death, he scrambles over the edge of the cliff and drops down to a tree branch that’s growing out of the cliff face.

As he hangs from the branch, he looks up and sees the hungry tiger above him; he looks down and sees a seemingly endless drop to the rocks below. To his left, he notices a beautiful strawberry plant growing from the face of the cliff.

He plucks the fruit from the vine, takes a big bite, and exclaims “Wow – this strawberry is delicious!”

And while that thought brought a tear to my eye, I couldn’t help noticing the warmth of the sun, the light in his eyes, and that I was drinking a really, really good cup of coffee. 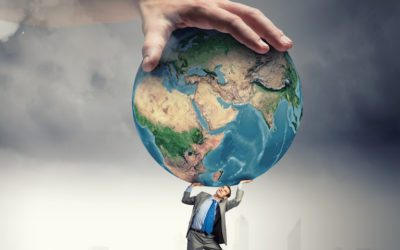 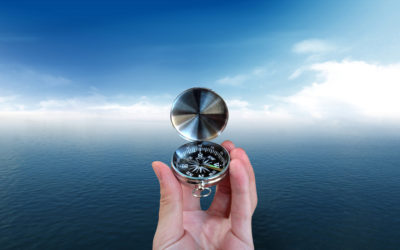