If you missed parts one and two, you can read them here.

A couple of years ago, I was in a session with my coach at the time, Steve Hardison, when he drew a little square in the corner of a flip chart and said “this is you”. While I didn’t want to insult his artistic ability, I was pretty sure I didn’t actually look like that so I asked him what he meant.

“You’ve built a masterpiece of a life,” Steve said, “on a postage stamp of possibility.”

As we looked together at all the blank space which surrounded that little square, I began reflecting on the nature of possibility itself, and that reflection has gone on to this day.

Here are just a few of the things which have occurred to me:

While I’ve heard lots of cool sounding theories as to where new possibilities come from, the answer that has always seemed most true to me is “we don’t know”. Which at first glance, given that one of the reasons clients hire me is to see beyond their current thinking into a deeper possibility for their lives, looks like a problem.

But from a practical point of view, I don’t need to know where new possibilities come from in order to invite more of them into my life. I simply need to know THAT they exist.

By way of analogy, think about all the invisible signals floating through the air all around you right now, waiting to be converted into music on your radio or a sitcom on your TV. We can’t see them, hear them, feel them, or even sense them. If we didn’t know they existed, it would never occur to us to hook up a receiving device and tune it in to an appropriate channel. But the moment we know that they’re out there and available, we also know that the only thing we need to learn how to do is to tune in to them.

So for me, a far more interesting question than “what’s possible for me and my life?”, which suggests that there are a limited number of options to choose from, is “how do I attune my mind to new possibilities?”

If you flick through the stations on your radio, you’ll notice that there are certain frequencies at which you are receiving multiple stations, with the result that you can’t really hear much of anything but static and noise. When it comes to the human mind, the static is the competing frequency of our own thoughts. When our own personal thinking gets quiet, it’s easier for the possibility thoughts to be heard clearly.

2. Hang out in the unknown

“I don’t know” is neither a badge of shame nor a badge of honor – it’s the gateway to new possibilities. But because many of us get uncomfortable hanging out in the “I don’t know” place, we start making believe that we know, which is, as a point of interest, how we make beliefs. These “make beliefs” fill up the possibility space in our minds. The more beliefs we fill our minds with, be they positive or negative, the less room their is for a new possibility to emerge.

3. Look where you don’t know where to look

One of my mentors, the lovely Leslie Miller, told me the story of suggesting to one of her clients that if he wanted to see new possibilities, he should look to their source – that field of pure potential out of which all things arise. “I don’t know where the source is”, he said to her with some frustration. After a few moments reflection, she told him to “look where you don’t know where to look”. And while that may be a little bit zen for some people, it makes a lot of sense to me.

If a new possibility is invisible to us until we see it, then the one thing we know is we won’t find it by looking at what we already can see. And while looking to the invisible may feel a lot like looking at nothing, everything arises out of that no-thing.

As it says in the Tao Te Ching:

Above, it isn’t bright.
Below, it isn’t dark.
Seamless, unnamable,
it returns to the realm of nothing.
Form that includes all forms,
image without an image,
subtle, beyond all conception.

Categories: Tip of the Week
Tags: 2012, get quiet, possibilities, the unknown 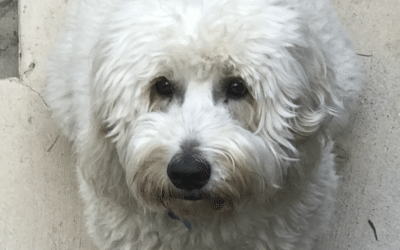 What’s truly possible for you, your loved ones, and your life? Listen live for a deep dive into an ocean of possibility!