Last week, I was speaking with someone about participating in our upcoming Financially Fearless Mastermind when he asked if I really believed in the possibility of miraculous transformation – that is, a seemingly instantaneous and complete shift from one way of being in the world to another.

So many examples of the incredible life changes I’ve witnessed (including my own) came to mind that I had to slow myself down to choose just one to share.  In the end I went with the most recent, which while far from being the most dramatic, points to what’s possible when someone gets a deeper insight into how our experience of life is created on a moment by moment basis…

Frank (not his real name) is a businessman from Europe who just began coaching with me towards the end of May.  During our first session, we talked about the illusory nature of thought and how easy it was to become hypnotized into believing that the seemingly constant noise in our heads is important to pay attention to and act upon.

Because I went away on holiday the day after our session, I didn’t speak with Frank again for nearly three weeks.  When I came back, he asked me how I’d managed to get him to stop biting his fingernails after nearly 30 years of trying.

Somewhat confused, I reviewed my notes from the session and found that not only hadn’t we spoken about his nail biting, I didn’t even know it had been an issue for him.  Yet I did have an understanding of exactly how a life-long habit could completely disappear without any effort whatsoever – in other words, a complete transformation (aka “a miracle”) could take place.

Here’s how I explained it to him:

Imagine living in a world stalked by a hungry dragon. For many of us, our first priority would be to build a castle to protect us. But what to build the castle out of?

Some people try to use money to build the walls of their castle. “If only I have enough money”, they think, “the dragon will not be able to get me and I will be safe.” They spend their lives desperately earning as much as they can and fearfully spending as little of it as possible, convinced that if they can only accumulate enough, the dragon will never be able to scale the walls.

Others build their castle walls out of approval, adulation, and fame. “If only people love and respect and admire me enough”, they think, “the dragon will not be able to get me and I will be safe.” Each new bit of acclaim is like another brick in the castle wall, while each shot to their reputation is like a battering ram against the gates.

Still others attempt to build their castle walls with sex and intimate relationship (“If I can get just one person to really love me…”), healthy living (“If I just eat all the right things and do all the right things…”), or the pursuit of power and position to keep themselves safe.

But as you can imagine, not everyone is successful at building and defending their castle, and even those who do well in the world get bitten by the dragon from time to time.  And if you haven’t been bitten by a dragon before, well… let’s just say it’s extremely painful.

So people learn to drink or smoke or eat or gamble or even bite their nails to numb the pain and to mitigate the continual anxiety of having to defend themselves against the dragon who as every child knows, could be lurking around every corner or hidden behind the deceptive smile of strangers posing as friends.

But what would happen if you woke up one day and realized beyond a shadow of a doubt that there is no dragon?  If you could see that what you thought was the dragon’s shadow was in fact, just the shadow of a thought?

If you really saw that there was no dragon, all the anxiety and stress would dissipate almost immediately.  And the cacophony of dragon-avoiding activity would  come to an immediate end as well.  Nails would no longer need to be bitten (or approval sought or food/money/drugs consumed at a startling rate) if the source of the anxiety was no longer there. In short, you could simply relax and enjoy your life.

Of course, things would not always turn out as you hoped, and from time to time you might even see something that looked a bit like a dragon or feel something that hurt as badly as a dragon’s bite.  But before you could get too caught up in it, something would happen to remind you that you’re never afraid of what you think you’re afraid of – you’re afraid of what you think. And in just a few moments, you would return to your natural state of health and ease and well-being…

Frank went on to say that not only is he no longer biting his nails, he is now truly enjoying both his work and his life (which only a month ago he did not).

Does that count as a miracle?  Would it count if it happened for you in your life?

The beauty of the transformative coach approach is that it is not so much dependent on the skill of the coach as it is on their level of understanding and the innate health, wisdom, and well-being of the client.

And if you feel like you are spending your life running from dragons, isn’t it nice to know that you’re never more than one thought away from peace? 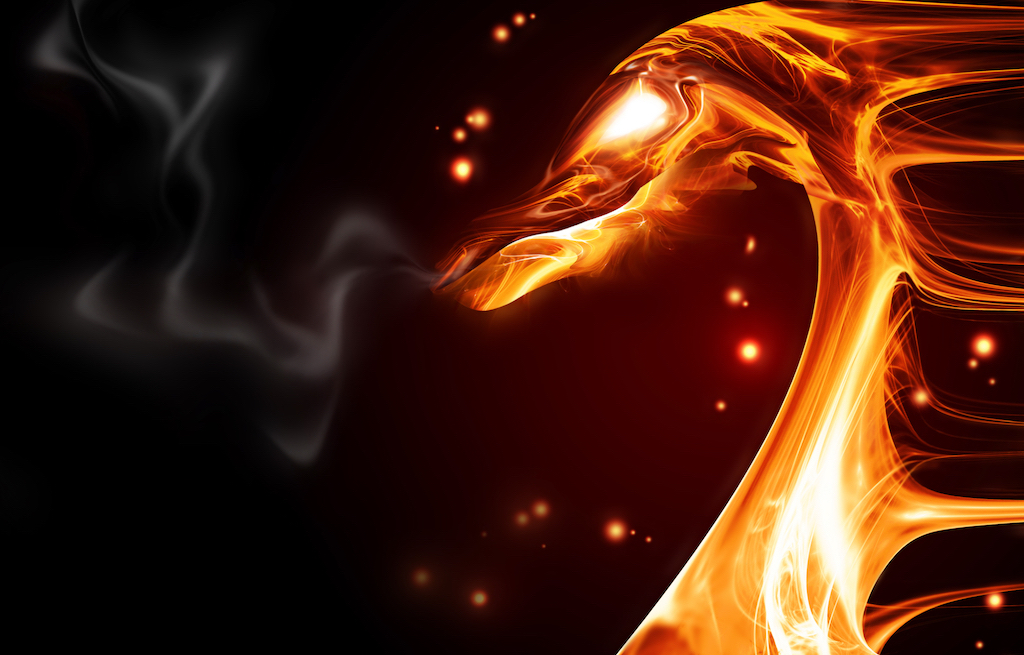 Frank (not his real name) was a businessman from Europe who came to me to improve his client acquisition skills. During our first session, we talked about the illusory nature of thought and how easy…

Last week, I shared what we’re up to when we engage in a transformative conversation with our clients…