Michael Neill December 8, 2021
There’s an old joke about a very clever person who somehow manages to get themselves up to heaven on a day pass and sits down to have a conversation with God.
They ask, “God, can you explain how eternity looks to you?”
God replies “To me, all of eternity is like a blink of an eye – less than one second in your limited perception of time.”
Next the person asks, “God, can you explain what wealth is like for you?”
And God says “Wealth is so much more infinite than you can imagine. A billion dollars in the infinite realm is like a penny in your limited perception of wealth.”
The person thinks for a moment.
“God – can I borrow a penny?”
“Sure,” says God. “Just a second…”
Nearly all time management systems are based on the idea that time is a fixed quantity and we all get access to roughly the same amount of it. There are sixty seconds in an hour, twenty four hours in a day, seven days in a week, etc. But you can’t put time in a wheelbarrow, which means that time is less subject to the laws of physics than it is the principles of how the mind works.
Or to put it another way, time is a concept we’ve made up to help us coordinate action and make sense of things in the world. And deadlines work (when they work) because they temporarily alter the way we make up time.
Have you ever marveled at how much you’re able to get done in the days or hours leading up to a vacation?
Here’s what I’ve seen about how that works when we have a deadline approaching that we take to heart…
1. Life becomes more black and white
When we take a deadline to heart, we simplify our priorities down to the bare minimum. The answer to questions become “yes”, “no”, or “I can’t think about that right now”. Our standards temporarily lower and getting it done becomes more important than how well it gets done. Good enough, at least for the moment, becomes a good enough standard for our work.
2. We’re less inclined to indulge our thinking
It sometimes seems as though people (and sometimes life itself) waits until we’re really, really busy to dump a ton of additional “todos” on our plate. But when a “real” deadline approaches, we seem to be able to put aside our complaints against the universe long enough to get what needs to get done done.
3. We let the small stuff take care of itself along the way
A popular analogy for priority management is the story of a professor who places a large jar on the table.
By the side of the jar he places a bucket of gravel, a bucket of sand, a bucket of water, and three big rocks. He then challenges his participants to  find a way to fit everything on the table into the jar.
After numerous attempts, it became clear that the only way to fit everything in is to start with the big rocks first.  The gravel fills the space between the big rocks, the sand fills the gaps in the gravel, and the water fills the gaps between the sand.
In the same way, when we put our attention on the big rocks in our life and don’t let ourselves get caught up in the daily gravel, ground down by the sand, or swept away by the water, it’s amazing how much of what we thought we had to do “just happens” while we’re busy with what matters most.
So how do you put this to work in your pursuit of clearing out the backlog of things you’ve been avoiding doing?
My favorite way is to simply decide when I want to be done for the day and let that serve as my “deadline” for whatever things I’ve put on my list. Best case, I finish up each day on time and with a sense of satisfaction for a job well done; worst case, I finish up each day on time with at least one or two less things on my “Things I’m avoiding doing” list than I had when my day began.
Have fun, learn heaps, and happy exploring!
With all my love, 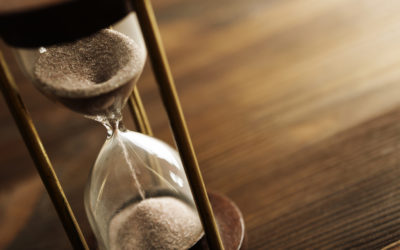 There’s an old joke about a very clever man somehow manages to get himself up to heaven on a day pass and sits down to have a conversation with God. He asks “God, can you explain how eternity looks to you?”….

One of the things I’ve learned over the years about getting stuff done is this: The most important choice you ever make is what you…

The very fact that you’re doing this program means that you’ve at least begun prioritizing the things you’d previously been avoiding doing. Here’s a simple…

The best time management systems, as I’ve said before, are the ones that take the least time to manage. But what all of them have…