Years ago, I came across a notion called “tolerations” in the work of Thomas Leonard. In his words, “tolerations are things that bug us, sap our energy, and could be eliminated.”

In my own work, I’ve found it helpful to distinguish between things I’m avoiding doing that either actively bother me or that I can ignore for a while but just kind of niggle away at me in the background at me (what I call “bugs”, and could symbolize with the Macauley Culkin/Edward Munch emoji 😱), and things I’m just never going to get around to doing no matter how much other people think I should. (I don’t have a name for these and will probably never get around to coming up with one, but I can kind of encapsulate my feelings for them with a “shoulder shrug” emoji 🤷‍♂️  .)

To help sort between the two for yourself, go through your list and see how many of your items you actually care whether or not you get done. What may start out as a subtle feeling of difference between them will become more and more obvious until you can just eliminate the “shoulder shrug” items from your list because you know you’ll never get around to them.

As for the rest, the reward of getting them off your list is two fold:

Here’s a quick visual from Brendan Loper (@b_loper) I found on Instagram that illustrates the second point: 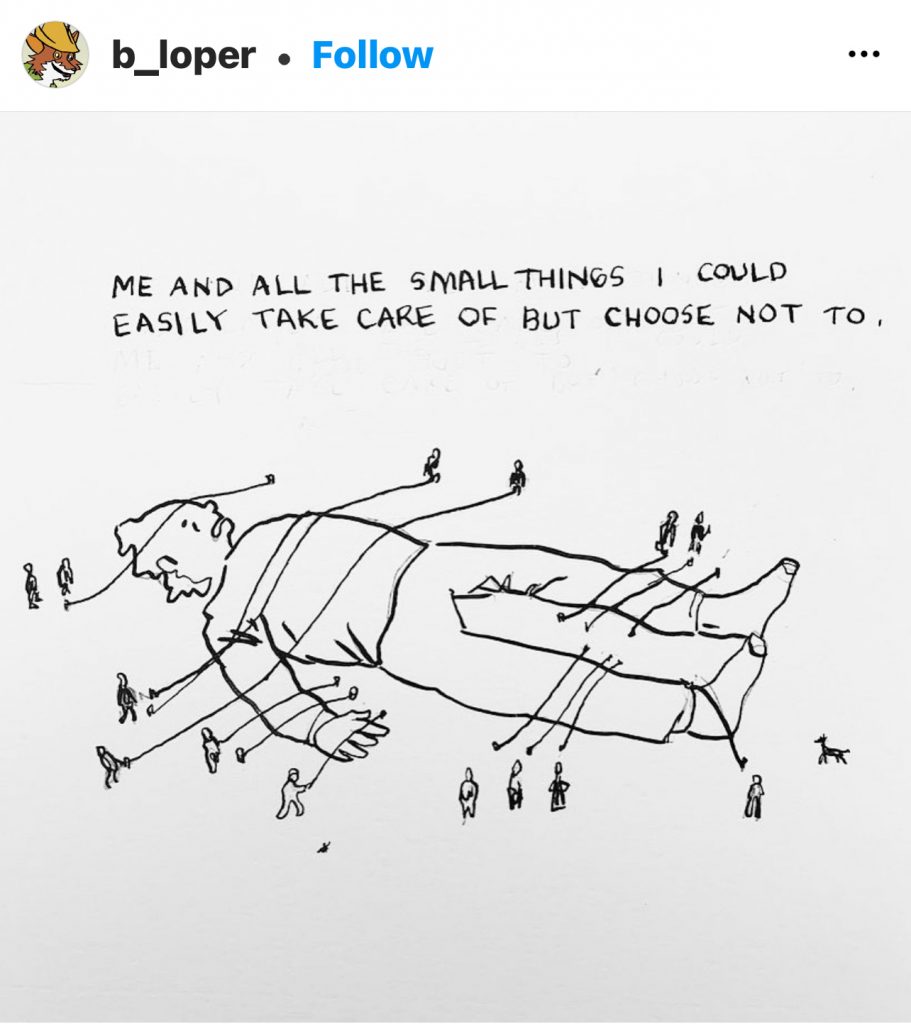 Have fun, learn heaps, and don’t let the small stuff keep you down!

PS – Are you signed up for Creating the Impossible 2022? Over 4000 people have gone on this 90-day adventure in creating cool stuff in the world in surprising and unexpected ways!

One of the things I’ve learned over the years about getting stuff done is this: The most important choice you ever make is what you…

As part of our annual Creating the Impossible challenge, I often invite participants to begin keeping a “done” list – a list of everything they…

The very fact that you’re doing this program means that you’ve at least begun prioritizing the things you’d previously been avoiding doing. Here’s a simple…